I had purchased a few pieces of garlic naan last week, thinking I’d make some Indian food, but time got away from me and I completely forgot about them. I knew I was pushing my luck with the expiration date by waiting much longer so I decided to whip up some flatbread on Sunday afternoon. 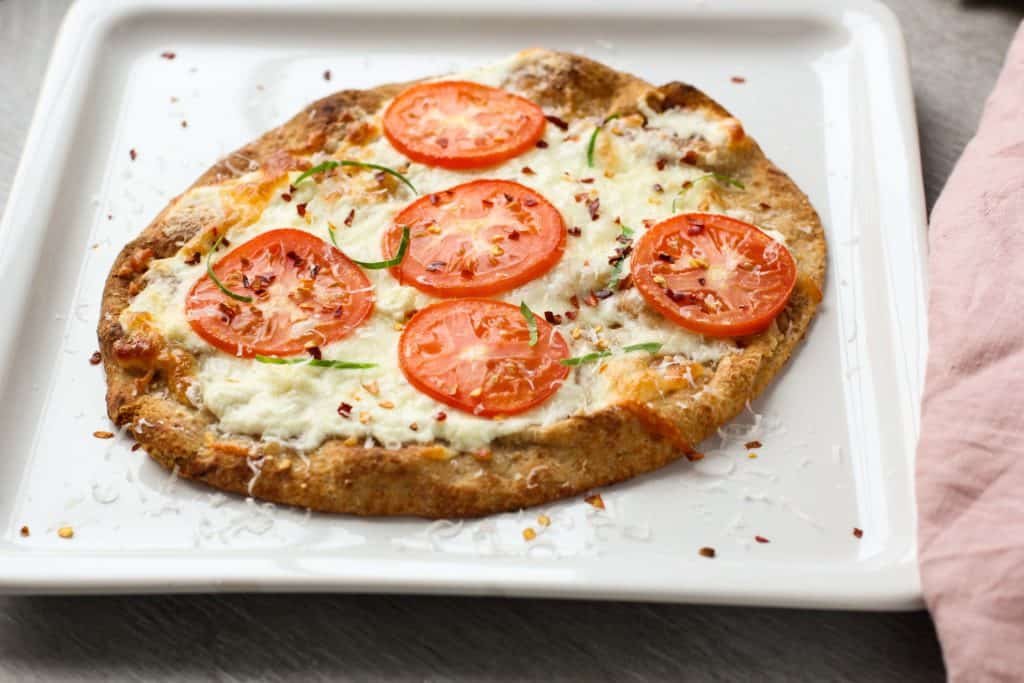 I’m not normally a huge fan of white pizza (as they tend to be a little more oily and a little less healthy) but I realized that by making my own, I could keep the oil in check. Plus, the garlic naan was practically demanding to be topped with ricotta…. So this was our fairly simple lunch yesterday! 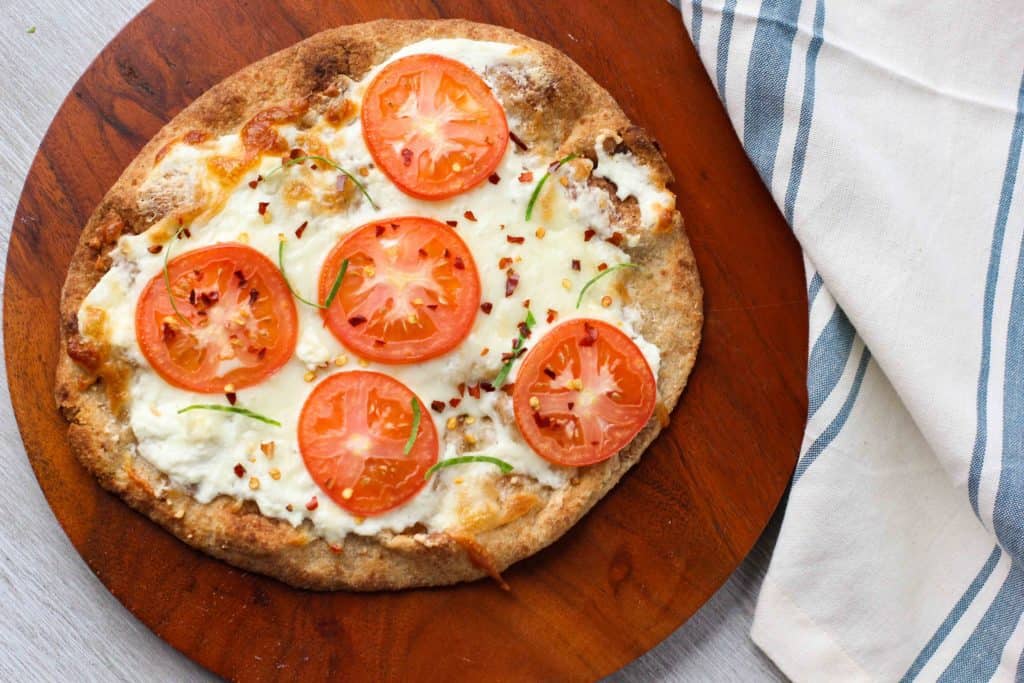 Tips for the perfect naan pizza

This easy three cheese flatbread is a lighter version of your favorite white pizza! 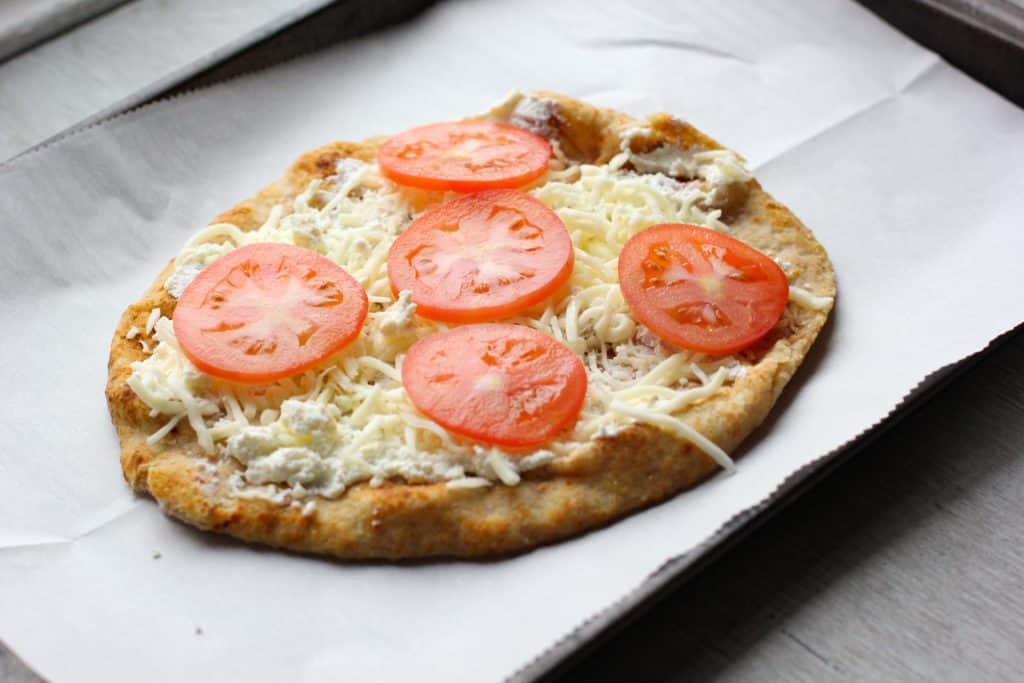 We doubled the recipe and made two pizzas, one for each of us. We also had a little kale salad on the side, and it was a perfectly filling lunch. Maybe not the “healthiest” but for white pizza, you really can’t get better than this! I was pretty hungry after going to gymnastics so it was nice to have lunch prepared quickly. 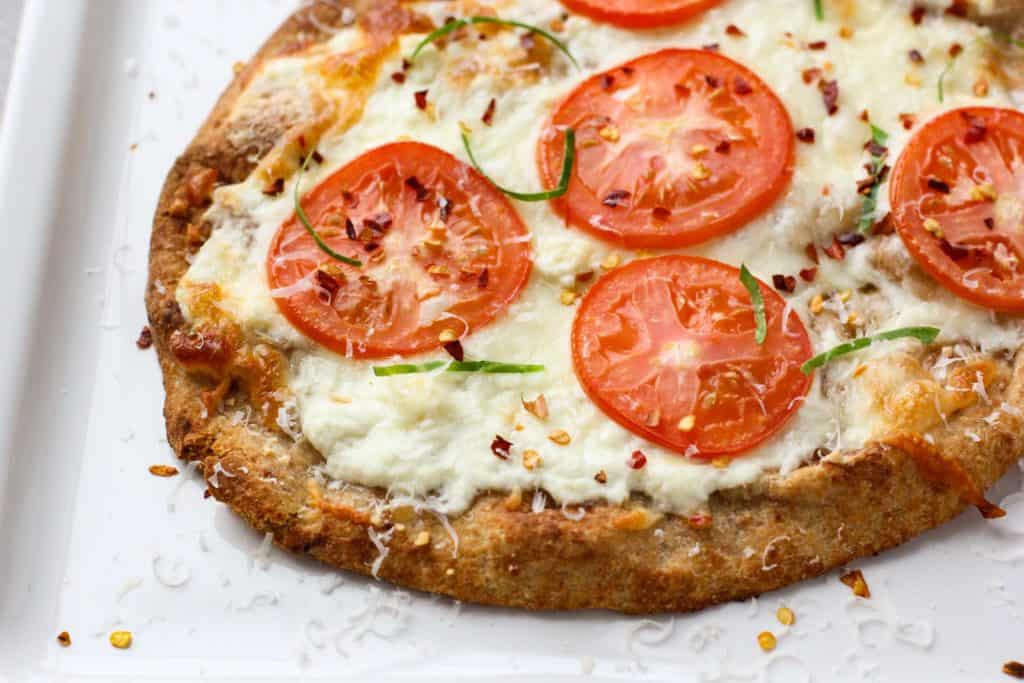 We topped ours with red pepper flakes, a bit of parmesan cheese, and a sprinkle of basil. This totally hit the spot. I love tomatoes on pizza, especially with the salty feta, creamy ricotta, and gooey mozzarella!

What did you have for lunch yesterday? 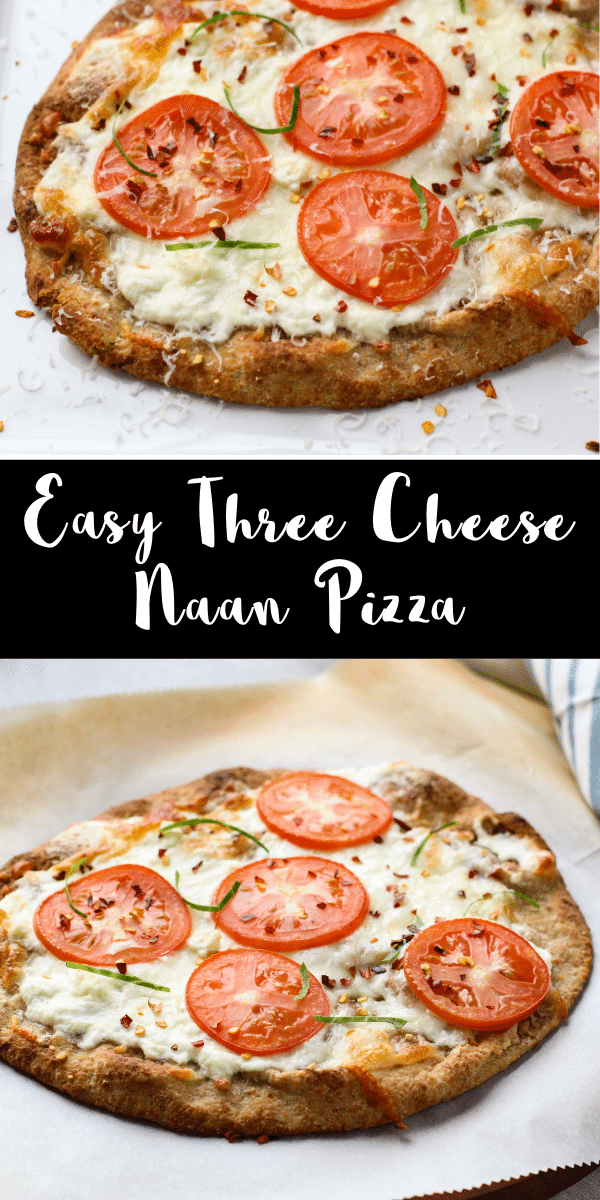