Jump To Recipe by Liz Thomson October 22, 2018 This post may contain affiliate links.

These whole wheat naan pizzas are perfect when you’re craving pizza but you want something healthy! Whole wheat naan is the perfect base and these individual flatbreads are loaded with green veggies!

If you follow me on Instagram then you know that pizza is one of my all-time favorite foods. Alex and I even bought an outdoor pizza oven because we love it so much! But I’ll admit that pizza isn’t known for its nutritional benefits and it’s easy to eat a whole pizza in the blink of an eye and wonder where those leftovers went…

So I thought it would be fun to share one of my favorite ways to build in portion control and add some extra veggies to your plate! That’s where these naan pizzas come in!

The Best Naan for Pizza

I found the Stonefire brand whole wheat naan at Wegman’s but you can use whatever brand you like. You don’t have to use whole wheat naan but it’s a great way to add some protein and fiber to this recipe. The naan I used was about 10″ long, in a slightly oval shape. You can use whatever size you find, but you may need to adjust the number of toppings. You can also use mini naan if you wanted to make kid-sized version of these pizzas!

If you want to make your own Naan, try my recipe for easy vegan naan. Most naan recipes require yogurt but this one is vegan, so there’s no yogurt needed.

How to Make Your Own Whole Wheat Flatbread

No naan? No problem! If you want to make a simple flatbread pizza at home, follow the steps for this whole wheat flatbread recipe. It’s not as fluffy and chewy as naan, but it’s easy to make with just a few ingredients. It’s great for a quick pizza!

These whole wheat naan pizzas are perfect when you’re craving pizza but you want something healthy! Hearty pieces of naan are the perfect base and these individual flatbreads are loaded with green veggies!

If you have leftover zucchini, you can chop it into 1/4″ thick half-moon shapes, and roast it in the oven along with your pizzas. Toss with a bit of olive oil and sprinkle with salt and pepper. It’s an easy side dish to make so you don’t have to let zucchini leftovers go to waste!

Looking for other pizza recipes? Here are a few of my favorites! 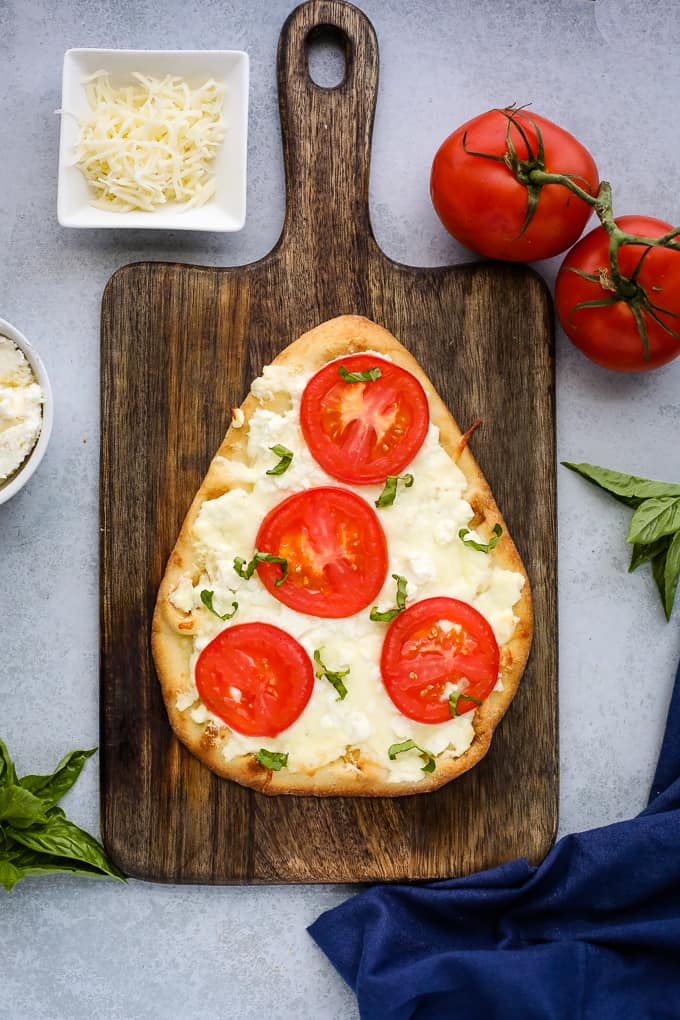 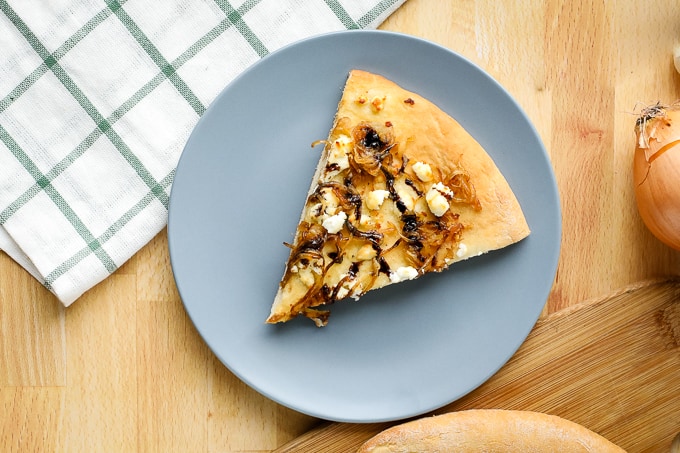