Remember those black bean fritters? We had a few leftover for Monday night’s dinner, but in an effort to spruce them up a bit, I served them alongside something new. I was in the mood for soup, but couldn’t decide what kind to make. Since the black bean fritters sounded like they could go with a Mexican inspired soup, I began looking for tortilla soup recipes. Sadly, so many of them are made with chicken, that I decided I ought to make my own.

This recipe turned out to be pretty simple, and it might be one of my new favorites. It’s also really healthy, meaning you can eat two bowls 😉 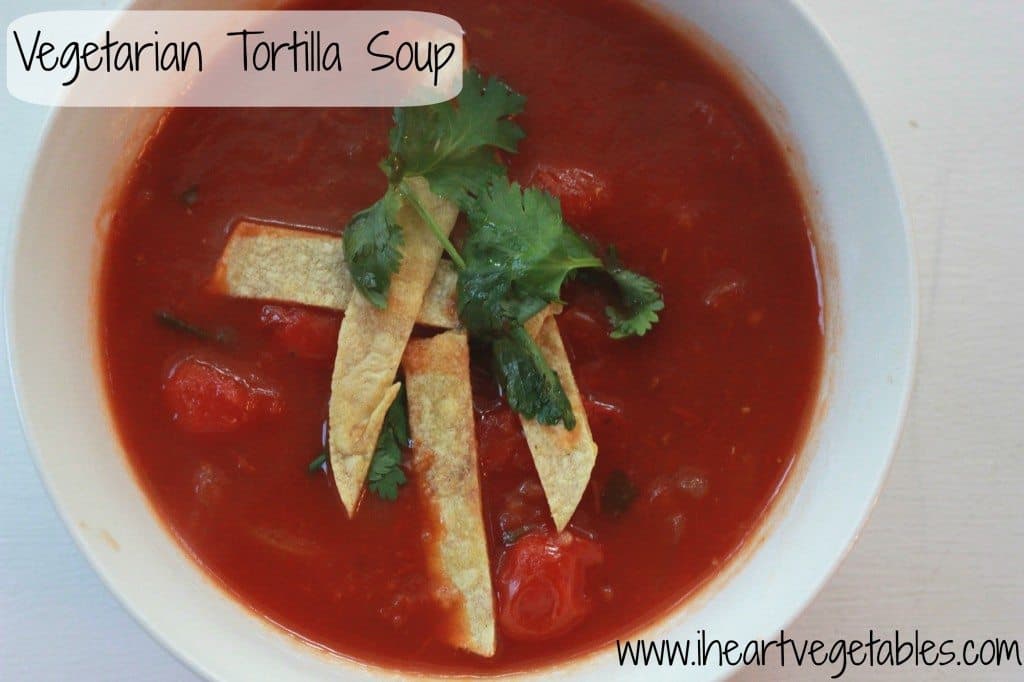 Preheat the oven to 450. Slice the corn tortillas into strips and lay on a greased baking sheet. Spray with olive oil, if desired. On a second tray, spread out your grape tomatoes. Pop these both in the oven. The tomatoes will take about 15 minutes, the tortillas will only take about 5 (or until they start to brown). In a large pot, heat the olive oil, and then saute the chopped onion until it begins to soften. Add in the veggie broth, crushed tomatoes, chili pepper and garlic powder. Simmer for 10 minutes. Once the grape tomatoes are roasted, roughtly chop (I sliced them length wise, but they don’t need to be perfect) and add into the pot. Simmer for another 5-10 minutes. When you’re ready to eat, dish up the soup, and top with the toasted tortilla strips and fresh cilantro. You could also add avocado, greek yogurt, or cheese, but we just ate it as is.

After dinner, Alex and I took a walk around Carytown, and as we were getting close to home, he asked if I wanted to go to Sweet Frog. I think he was half joking, because it obviously wasn’t a question. I’m not sure that I’ve ever said no to frozen yogurt. (Of course, a little bit of guilt might have kicked in when I discovered that I was now the mayor of Sweet Frog on Foursquare…) We decided to just split a cup, and Alex put me in charge of the selection. Naturally, I crammed in as many different types of chocolate as I could. 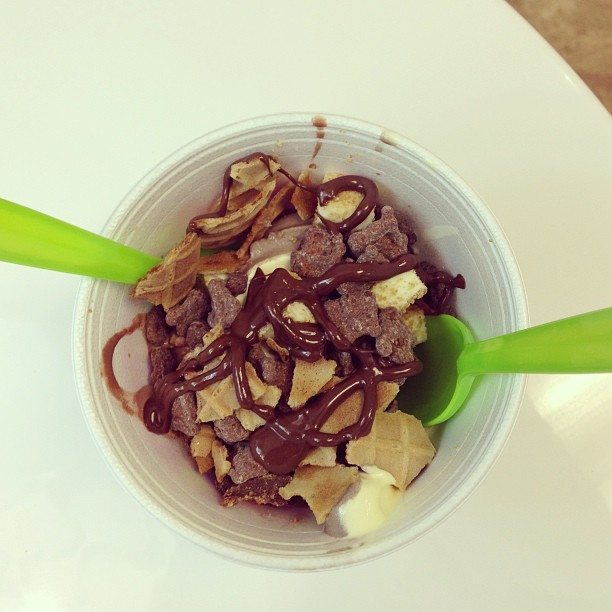 Isn’t that a lovely sight? A perfectly sweet way to end the day.

What have you been cooking up this week?