Jump To Recipe by Liz June 18, 2014 This post may contain affiliate links.

When Alex and I first became friends, one of the first things I noticed about him was his almond eating habit. I know that sounds totally weird and bizarre but our friendship was started over lunches in the cafeteria at work and I’m kind of food-obsessed, so I found his almond addiction adorable. (Alex, have I totally embarrassed you yet?) I learned that he was trying to lower his cholesterol which was obviously a subject I found interesting. I would also like to note that after a year of dating me, his cholesterol went down 30% and he’s now in the totally normal range. Coincidence? Hm. 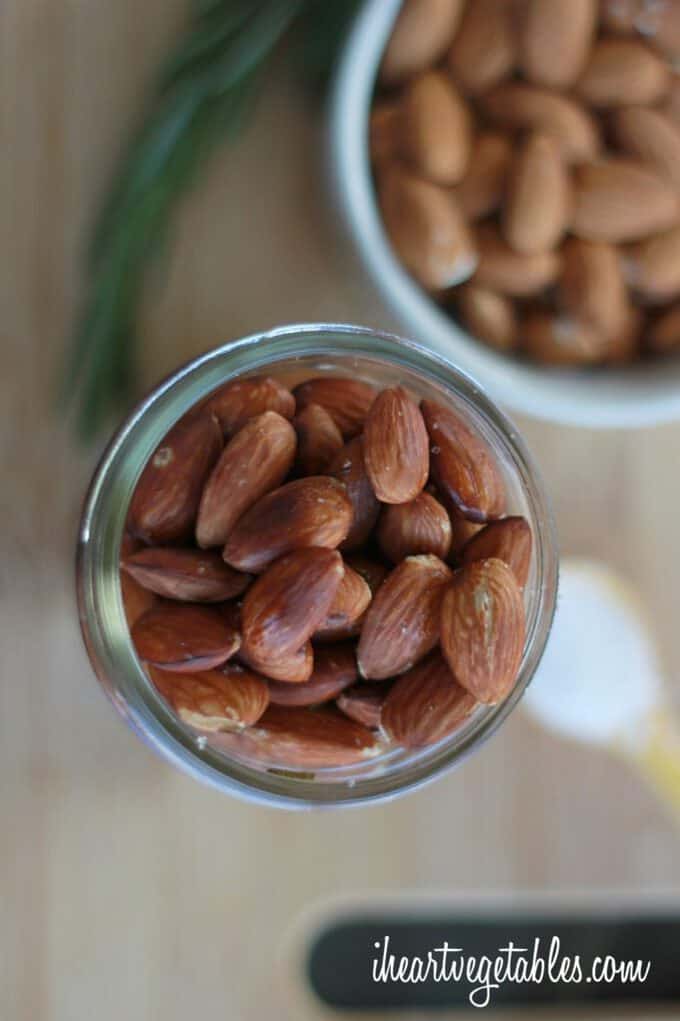 Anyways, I remember he would always have wasabi roasted almonds which I’d never tried before. I’m not a huge fan of wasabi but I love the idea of infusing flavor in almonds by roasting them. I’ve never really tried it so when I found myself with leftover rosemary from the Goat Cheese Mashed Potato recipe, I figured I’d give it a shot. 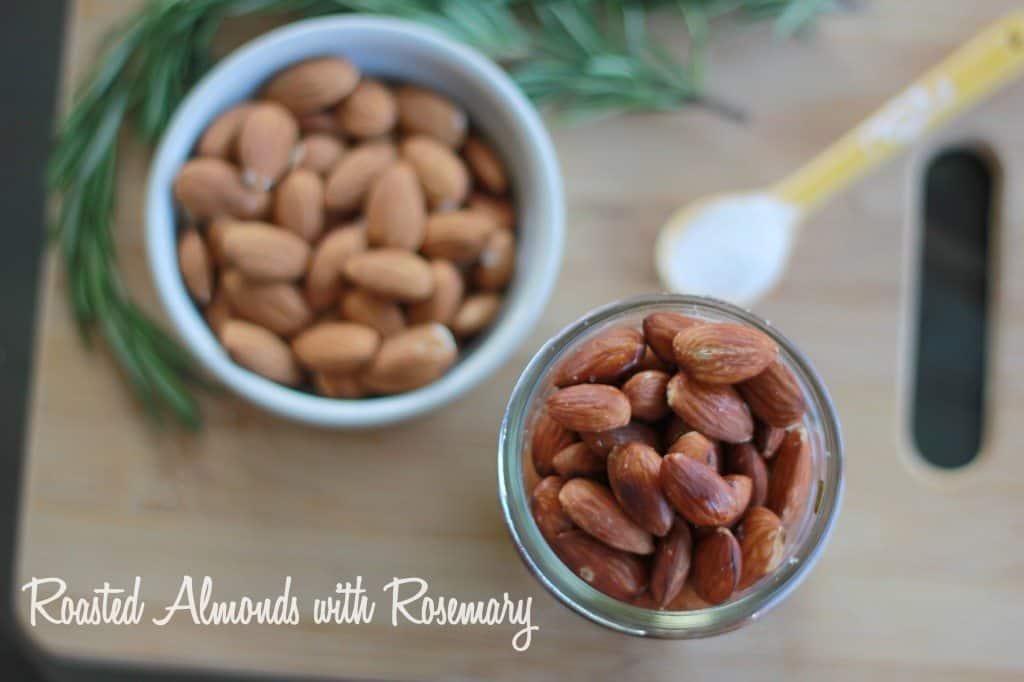 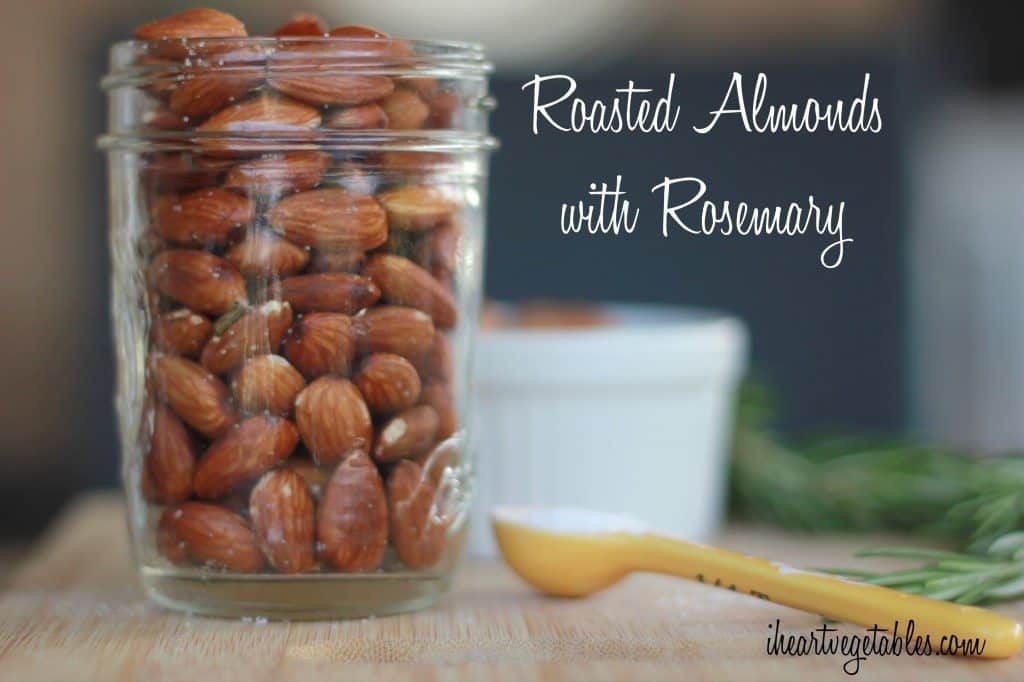 These made the kitchen smell so amazing, it was worth heating up the oven on an hot afternoon. I packed some up in a mason jar and put them in my purse for snacking all weekend. Good bye boring almonds.

Almonds, cashews, peanuts… which is your favorite?