Jump To Recipe by Liz February 19, 2016 This post may contain affiliate links.

Have you ever tried protein donuts? I’ve made a few in the past and, like most recipes with protein powder, they’ve ended up sort of dry or dense or not quite right. Sometimes they’re heavy on the egg and the texture just doesn’t work but this protein donut recipe… this one is different. 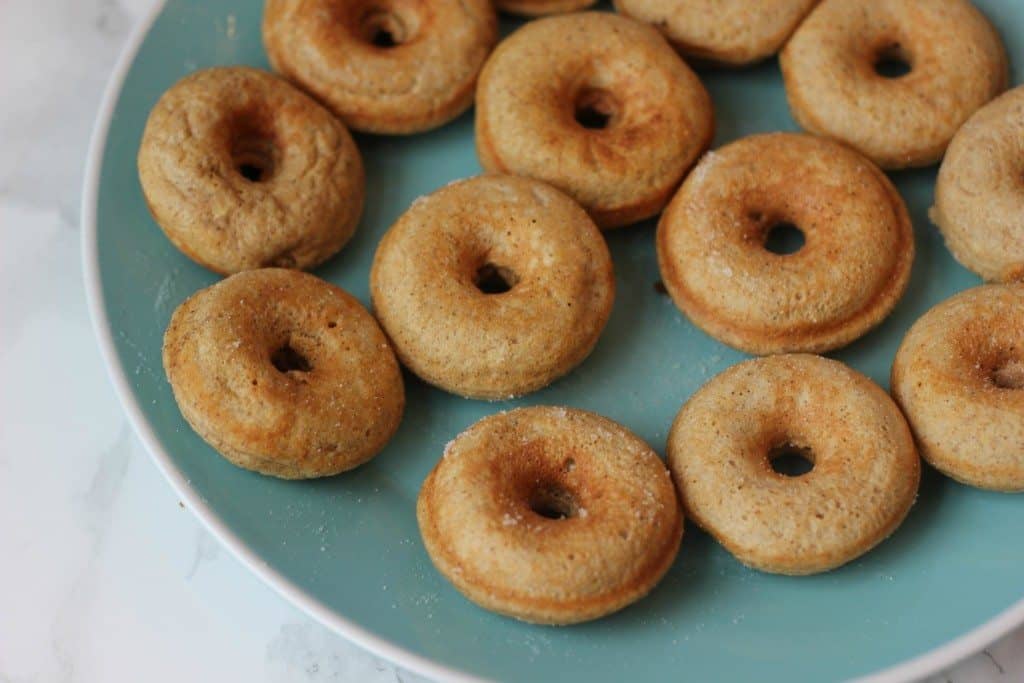 I generally try not to post recipes that require a specific ingredient but this one does require Kodiak cakes power cakes mix. This isn’t a sponsored post or anything, they just make the perfect mix for this protein donuts recipe! Plus it’s easy to find (Target, Amazon, etc.) and it’s great for regular pancakes or waffles! 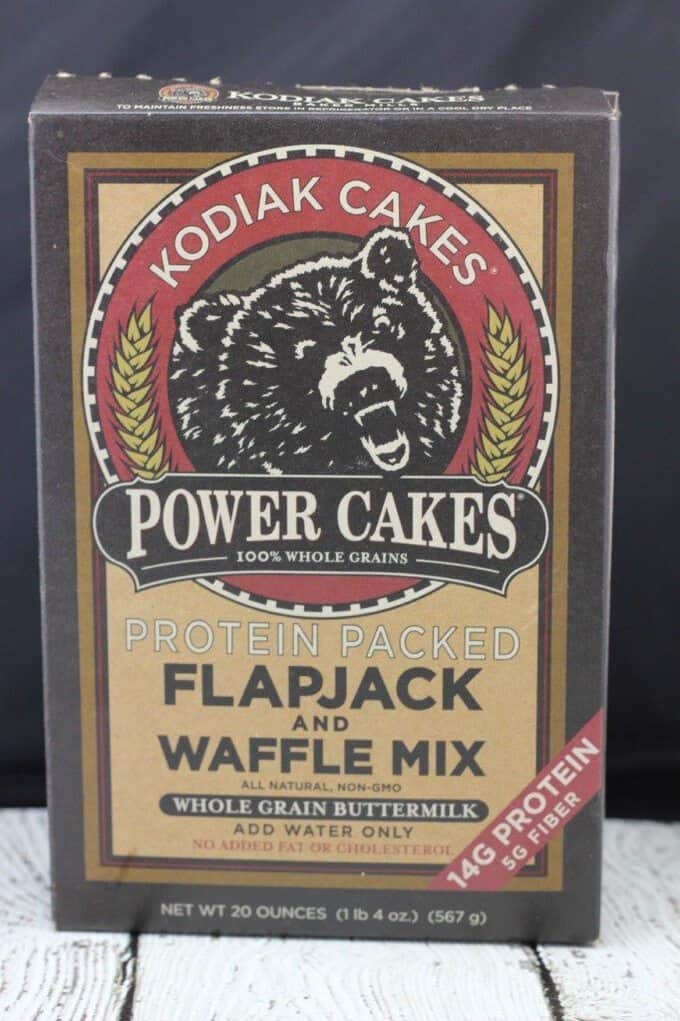 Look for a large, non-stick pan with room for at least 6 donuts, like this one.

If you prefer mini donuts, look for a large non-stick pan with room for 20 donuts, like this one.

I actually have a mini donut maker which is great if I don’t feel like heating up the oven! My recipe made about 18 mini protein donuts. Somehow by the end of the day, there were only 4 left. That should give you a good idea of how tasty these were. They’re light and fluffy just like a pancake or a muffin!

This mini protein donut recipe is the perfect on the go snack! You’d never guess that these little donuts are a healthy, protein packed breakfast! 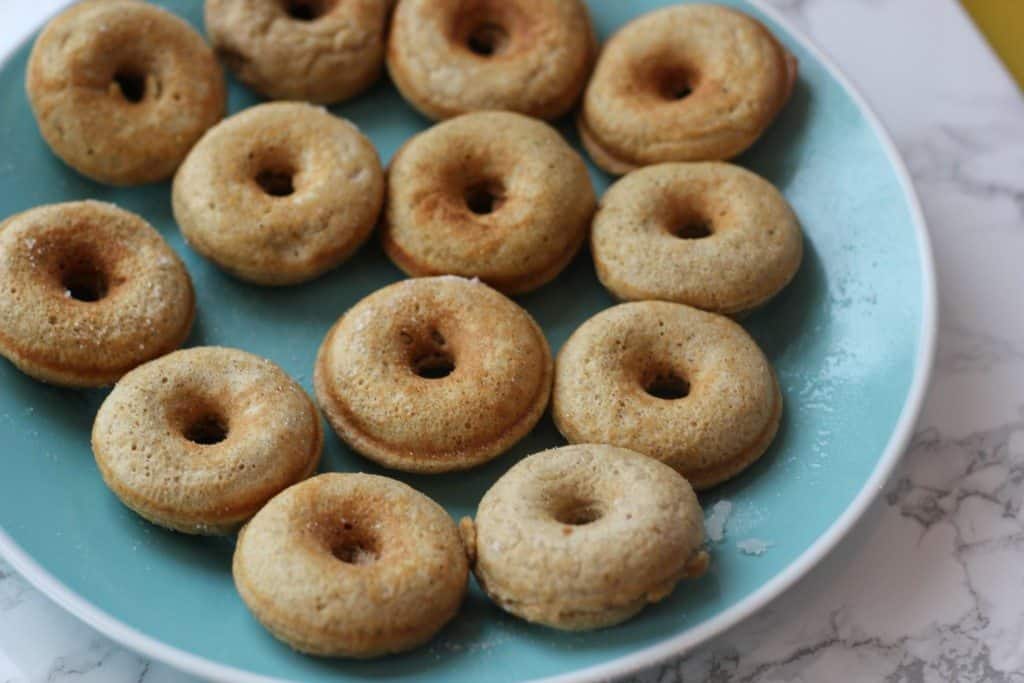 My plan was to take them to work and have a few as a snack during the 10:30am stomach growling time, but they all got eaten before I could take them in! These little donuts have less than 50 calories each. 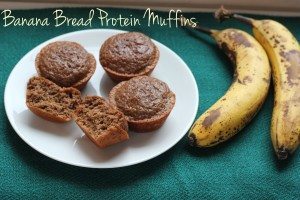 Have you ever tried making donuts?