Jump To Recipe by Liz March 20, 2015 This post may contain affiliate links.

Alex and I spent most of last night working on the basement. We’re tackling it one half at a time (since the other half is housing all of the junk we have in storage). So far ,that has involved cleaning, painting the ceilings with a paint sprayer, sealing all the cracks with concrete filler, painting the walls with water proofing paint (to prevent leaking) and most recently “etching” the floor in order to prepare it for painting. We washed it and used a degreaser on it earlier this week so last night was etching. Hopefully this weekend we can do the painting part and then we’ll get to start all over again on the second half of the basement. Oy.

I swear, the simplest projects can take exponentially longer than you expect.

Lucky for you, this recipe is exactly as easy as it sounds. It only requires a few ingredients, it’s packed with flavor, and it’s low in calories but high in protein. Does it get any better than that? (If only it could clean our basement.) It makes a great side dish or high protein snack! 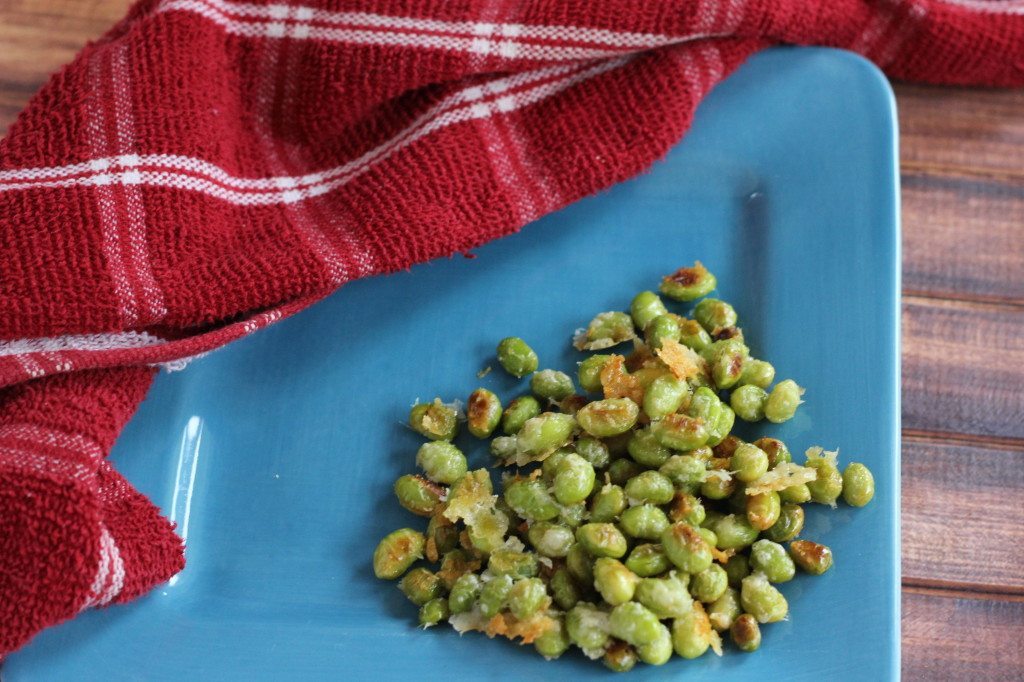 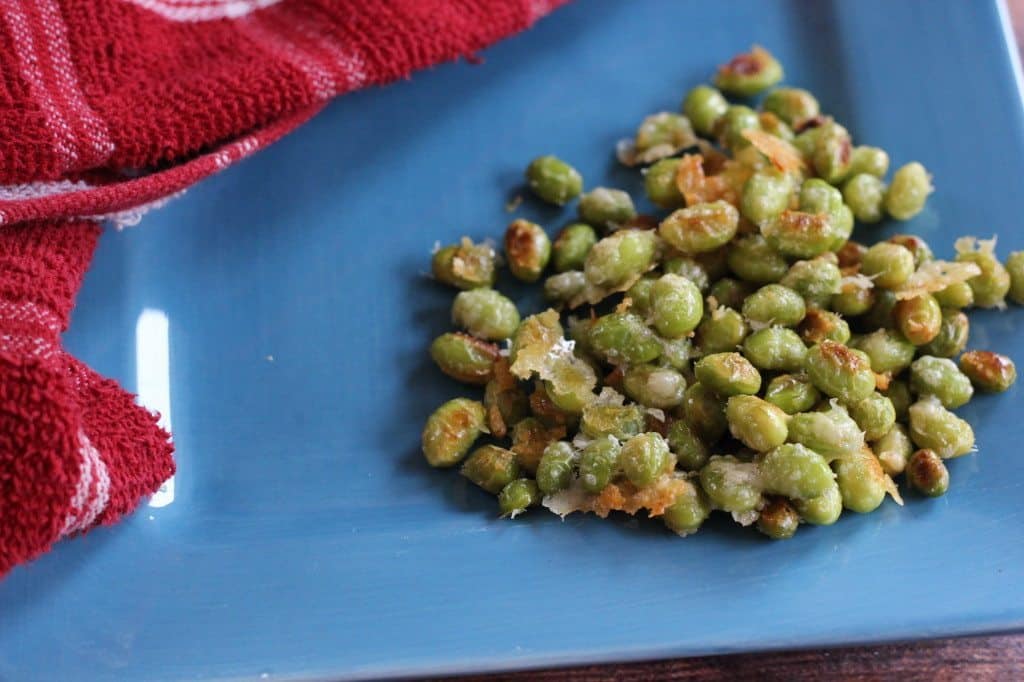 We snacked on this during the Ohio State vs. VCU basketball game, before we starting working on the basement. I’m not really a basketball fan but I went to Ohio State and I live in Richmond so I felt like we had to watch it. I didn’t really care who won but sometimes I like to pretend I’m really into it.

One of these days, the basement will be finished and I’ll show you some before and after pictures. For now, you’ll have to settle for the edamame. Fair? Fair.

What projects are you working on?