I got pretty lucky with my birthday this year. It just so happened to fall on the same day as a team building event for work, which was an Iron Chef Cook-off. ( I think my team was just being really nice, and wanted to throw me my dream birthday party.)

I was so excited about the challenge, especially when we got to be the pink team, and I couldn’t wait until they revealed the secret ingredient: Ginger!

I really do love ginger. Alex makes fun of me for eating those ginger chews from Trader Joe’s (he say’s they’re for old people) but I just love the sweet and spicy flavor! 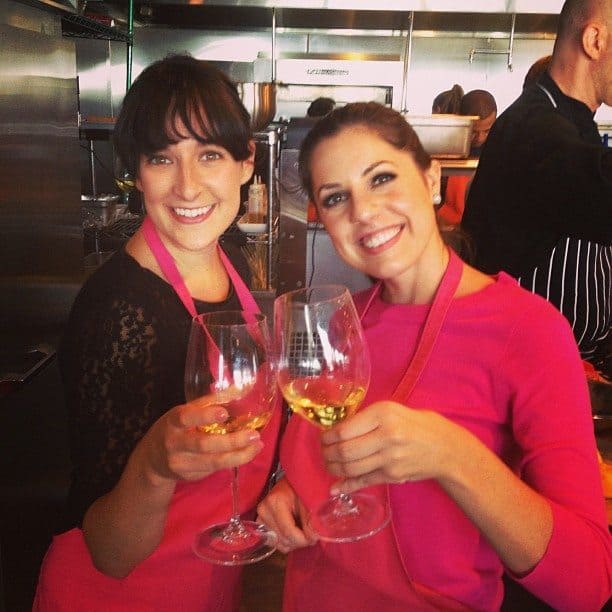 Obviously, the first things that came t0 mind we’re lots of Asian dishes, but our team wanted to do something a little bit different. Our protein source was chicken, so I warned my team I would be no help on that one, and set off making a ginger-themed soup. I seemed to remember having a carrot based ginger soup once, so I figured that would be a good place to start.

Unfortunately, the kitchen didn’t have any vegetable stock, just chicken stock, so I started by making my own vegetable stock. If you’ve never done this, it’s the easiest thing ever. Toss some carrots, celery, and water into a giant pot. Add a little salt and boil forever. Done. Once I had the broth done, I was able to play around with flavors!

I initially made the soup a little too spicy… What can I say, I love spicy food. But just in case the judges weren’t up for drinking 3 glasses of water after their tasting, one of the chefs assisting us recommended I added a little agave. That toned it down just perfectly. So here’s the basic recipe: 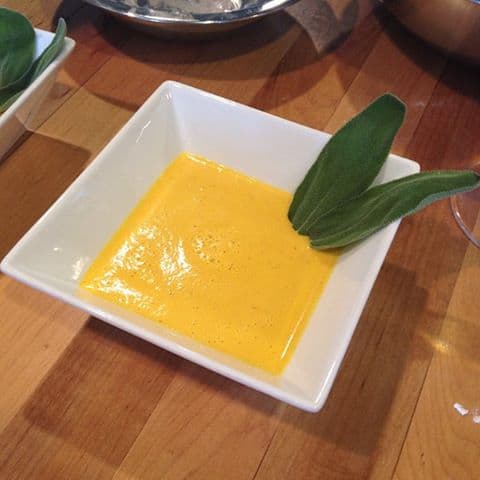 *Note: you could totally sub in something like coconut milk if you want to lighten it up and/or make this vegan

Wash and peel the veggies. Roughly chop the carrots, celery, and onion. (You’re going to puree it, so it doesn’t have to be exact.) Add water, ginger, salt, and pepper and boil for about 45 minutes, or until the carrots are soft. Transfer to a blender or food processor and blend until smooth. Add in the cream and agave if needed. Sprinkle on red pepper flakes. Serve!

I really liked the texture of this soup. I’d definitely make it with coconut milk next time, just because sometimes a lot of dairy messes with my stomach, but I think it would still be delicious!

Our team didn’t win, but I had a fun time trying to brainstorm ginger recipes on the spot!

Have you ever done a cooking challenge?