Home » Healthy recipes » What I [Snacked On] Wednesday

What I [Snacked On] Wednesday

by Liz Thomson January 30, 2013 This post may contain affiliate links.

I haven’t been sticking to the Tone It Up meal plan very strictly, but one thing I did learn from the 7 day slim down was that I need more snacks during the day, rather than at night. (Contrary to what my mouth believes, I don’t actually need mounds of peanut butter at 11pm. Weird, I know.) So I’ve been eating snacks throughout the day, to prevent that “oh-my-gosh-I’m-starving” feeling by the time I sit down for a meal. It seems to be working quite well.

I’m still doing the 12 day Good Belly Challenge, so I kick my morning off with a shot of probiotics and a glass of water. Chased shortly after with a chocolate smoothie, with PB2 and a little coconut for fun. 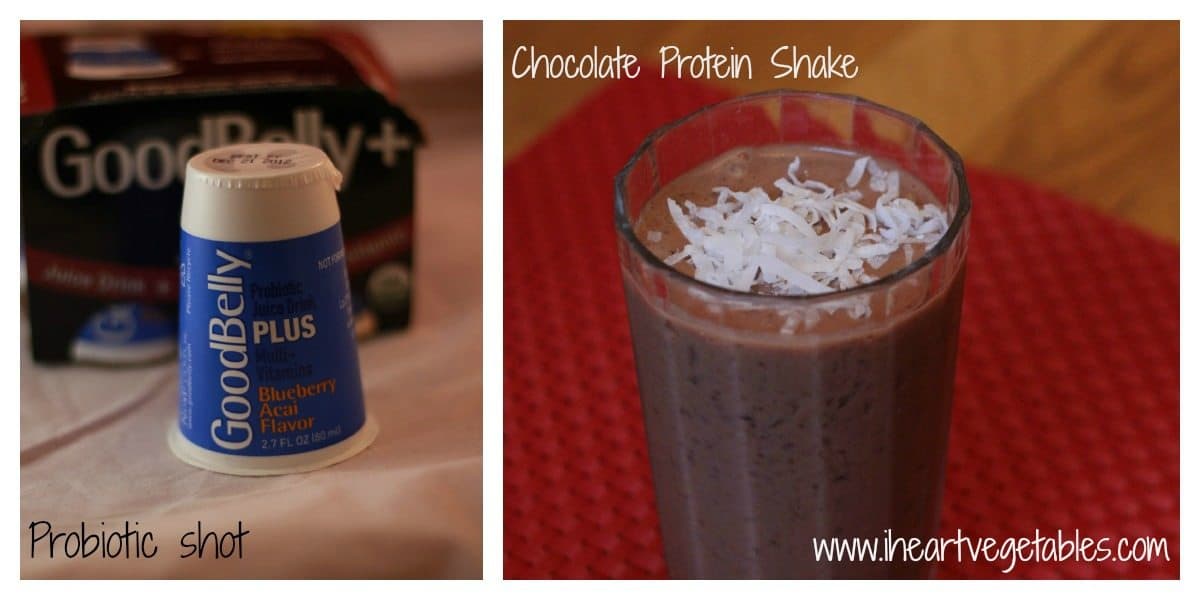 Usually this is an apple, but yesterday it was a Kashi Go Lean bar, because that’s what I had in my bag. I also like to drink a giant glass of water with lemon slices. It tastes so refreshing. 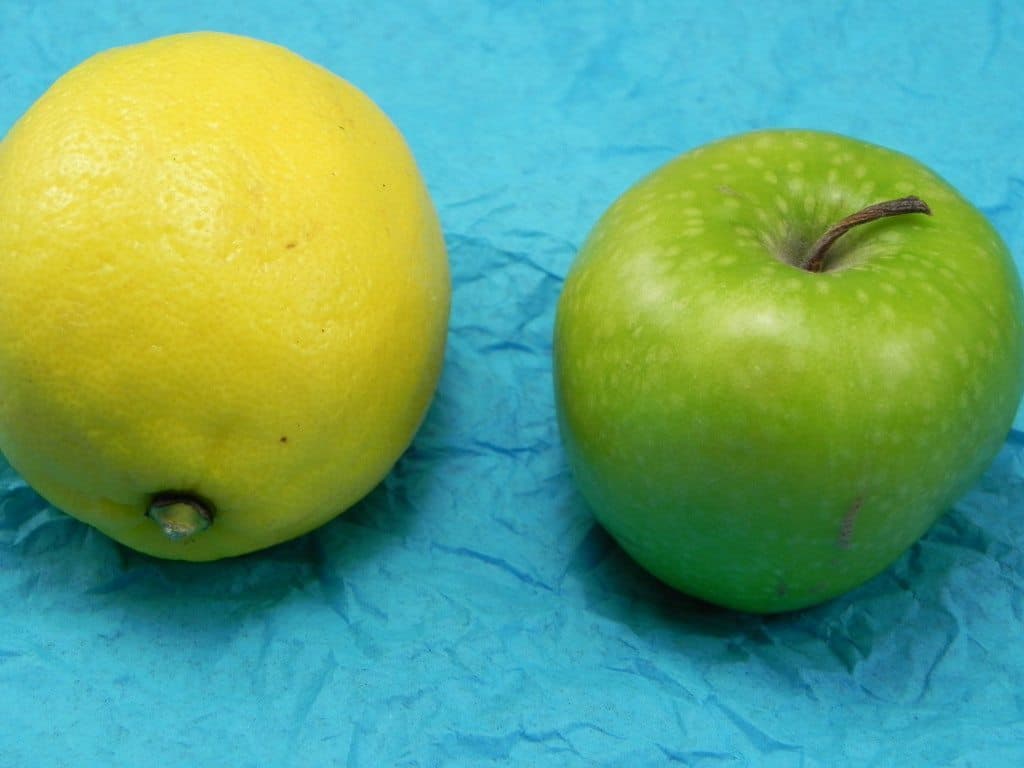 It’s slightly ridiculous how I can eat the same thing over and over and not get sick of it. I’ve been eating this salad since summer and I can’t stop. I’m obsessed. But the edamame and feta keep me full! 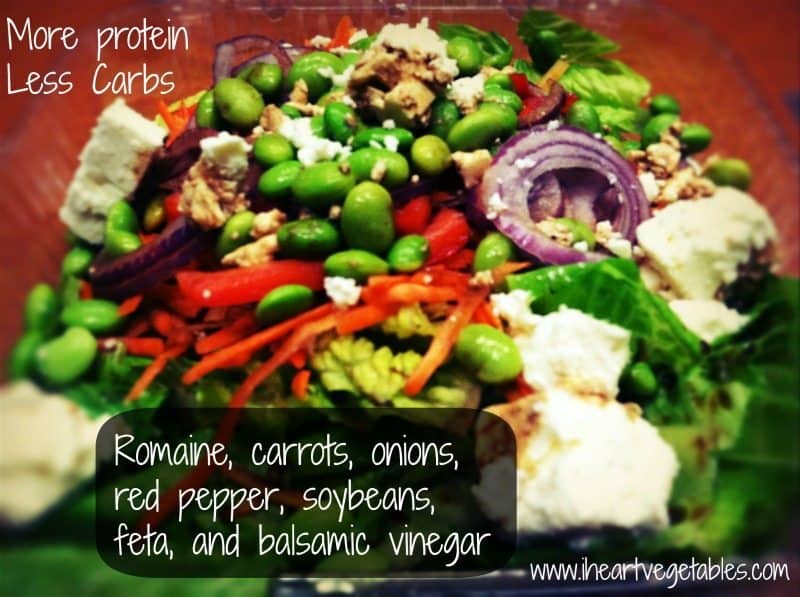 Seriously, can I just eat this forever?

Despite what it looks like from the day of eats, I generally try not to eat a lot of packaged food. But it was a busy day, so sometimes you gotta do it. I tried this new FiberPlus protein bar, and I was impressed. 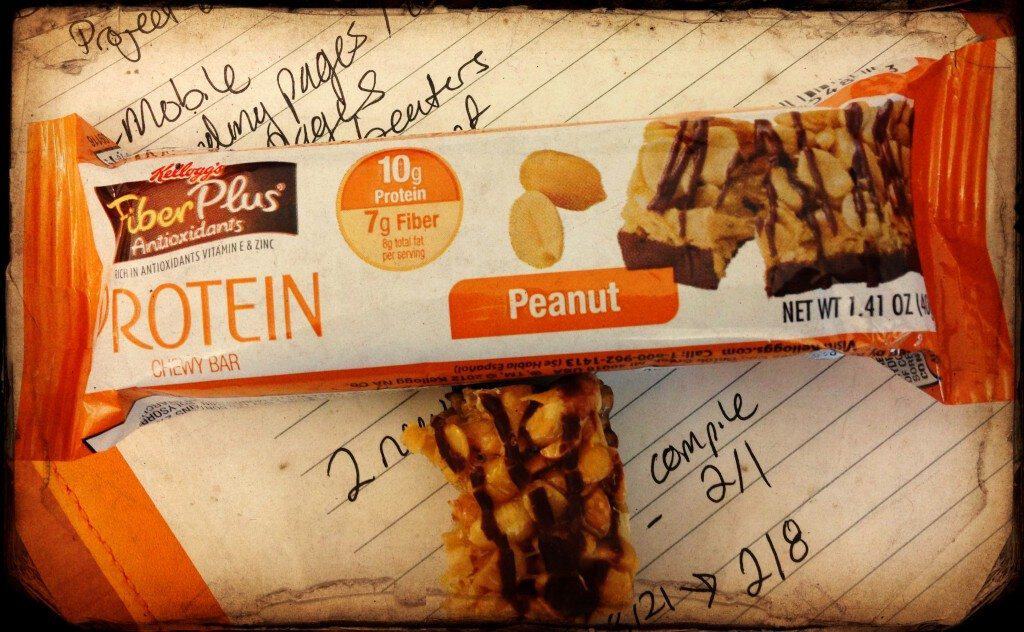 It doesn’t win the award for fewest ingredients, but for 170 calories, 7g fiber and 10g protein, it’s not a bad snack. And the taste was amazing. Especially if you like peanuts.

On my way over to a friends house, I stopped by Whole Foods, and filled up a couple of trays from the hot bar for us. 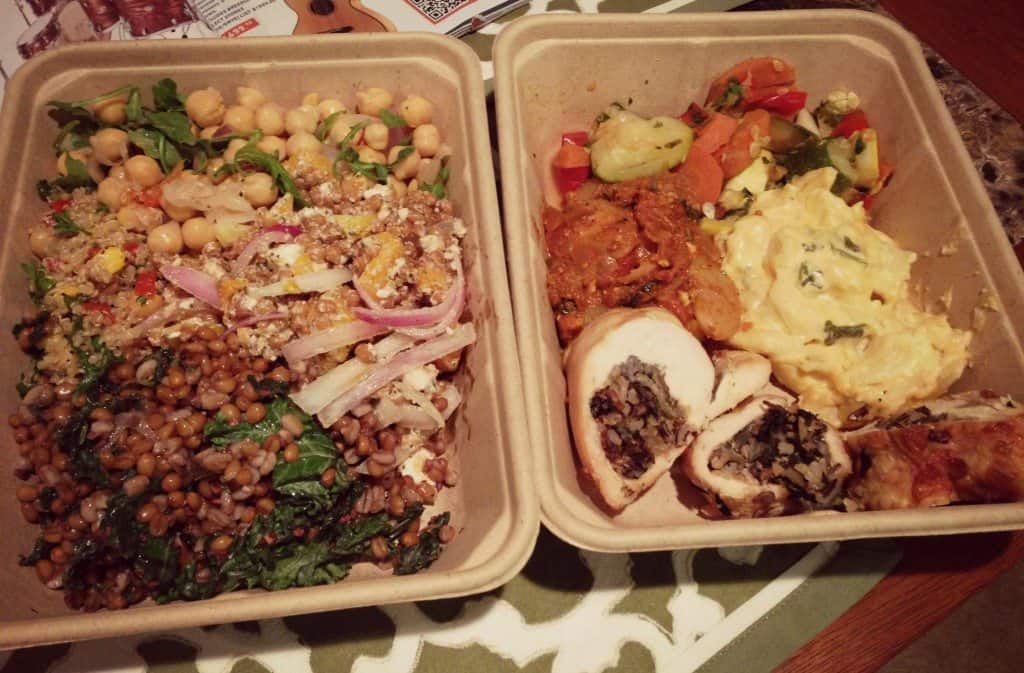 I tried a little of everything (except the chicken) and I really liked a lot of it. The wheat berry salad reminded me of the one from Ellwood Thompson and I loved the chickpeas, of course. We had leftovers because everything was super filling. I did snack on a few chocolate covered pretzels later… but hey. Gotta end on something sweet, right?

What are you snacking on?

« Previous PostFrozen Food Favorites
Next Post » How to be a Vegetarian

56 comments on “What I [Snacked On] Wednesday”