by Liz Thomson November 26, 2012 This post may contain affiliate links.

If you’re like me, you might still be full from holiday festivities. I think my body was in shock for a few days from the amount of sugar I consumed. Hey, it happens. So you might be on the hunt for a lighter recipe. Something simple & healthy that can get you back on track after a little holiday splurging.

I’ve been obsessed with the Wheat Berry salad at the Ellwood Thompson’s hot bar, so I decided to whip up my own version at home!

If you’ve never had them, a “wheat berry” is the entire wheat kernel. They have a slightly crunchy texture, and add a nice heartiness to lighter salads. I love tossing them on top of greens. I guess they’re like a cross between quinoa and rice, in terms of texture. 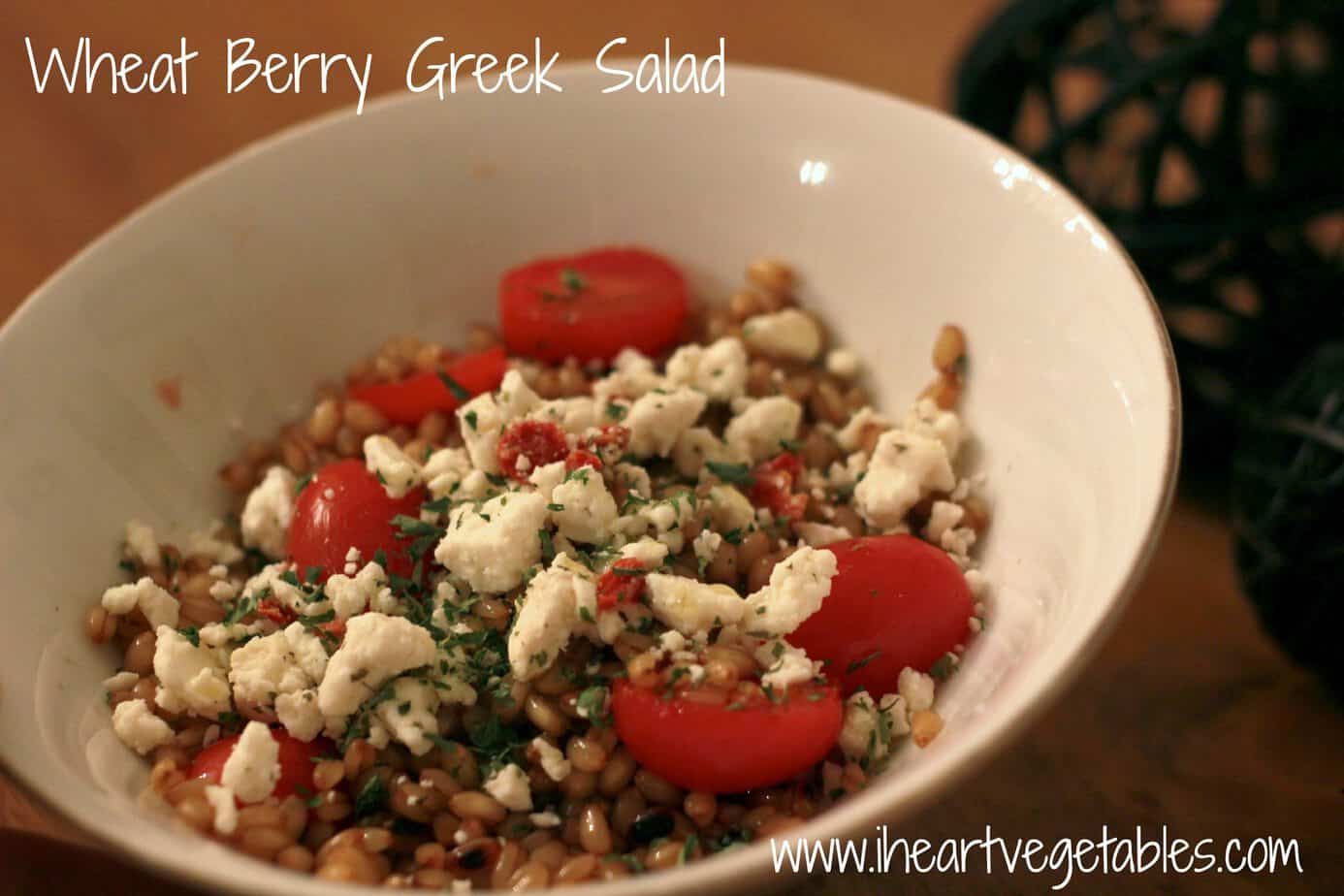 Start by bringing the water and the wheat berries to a boil. It’ll take about an hour for them to cook. Once they absorb the water, they will be tender. Drain and set aside and let cool. Once the wheat berries are room temperature, toss them with the olive oil, cheese, sundried tomatoes, grape tomatoes, parsley and salt. I sliced the tomatoes in half, but you can leave them whole. Either way, it’ll be delicious.

Just how good are they?

Like barley and lentils, wheat berries pack plenty of fiber and protein. Just a 1/4 cup (uncooked) have 6g fiber, 6g protein, and only 160 calories. Also, they’re super cheap! Definitely worth giving them a chance.

While I was home in Columbus, I did managed to squeeze in a hilly run, as well as a couple of Jillian Michael’s workouts. If you haven’t tried her power yoga DVD, I highly recommend it! You can read the full review here, but I can promise your triceps will be sore the next day!

What do you eat to get back on track after a holiday?