by Liz April 12, 2011 This post may contain affiliate links.

I actually don’t really care which came first, the chicken or the egg. (Although for the record, I’m on the chicken’s side. Who else would have incubated the egg?) Anyways, the point is, I don’t like chicken but I do like eggs. Or I did.

The other night I made some soy chorizo with egg whites, and, while it tasted good… I felt weird about eating it.

In my head I was telling myself “Stop being weird, they’re just egg whites.” And then the other half of my brain was like “Ew… gross… you’re eating egg whites. That’s like… an unborn chicken… blehhhhhh”  (Wait, you don’t have these sort of arguments in your head?)  The depressing part is this dish tasted good! 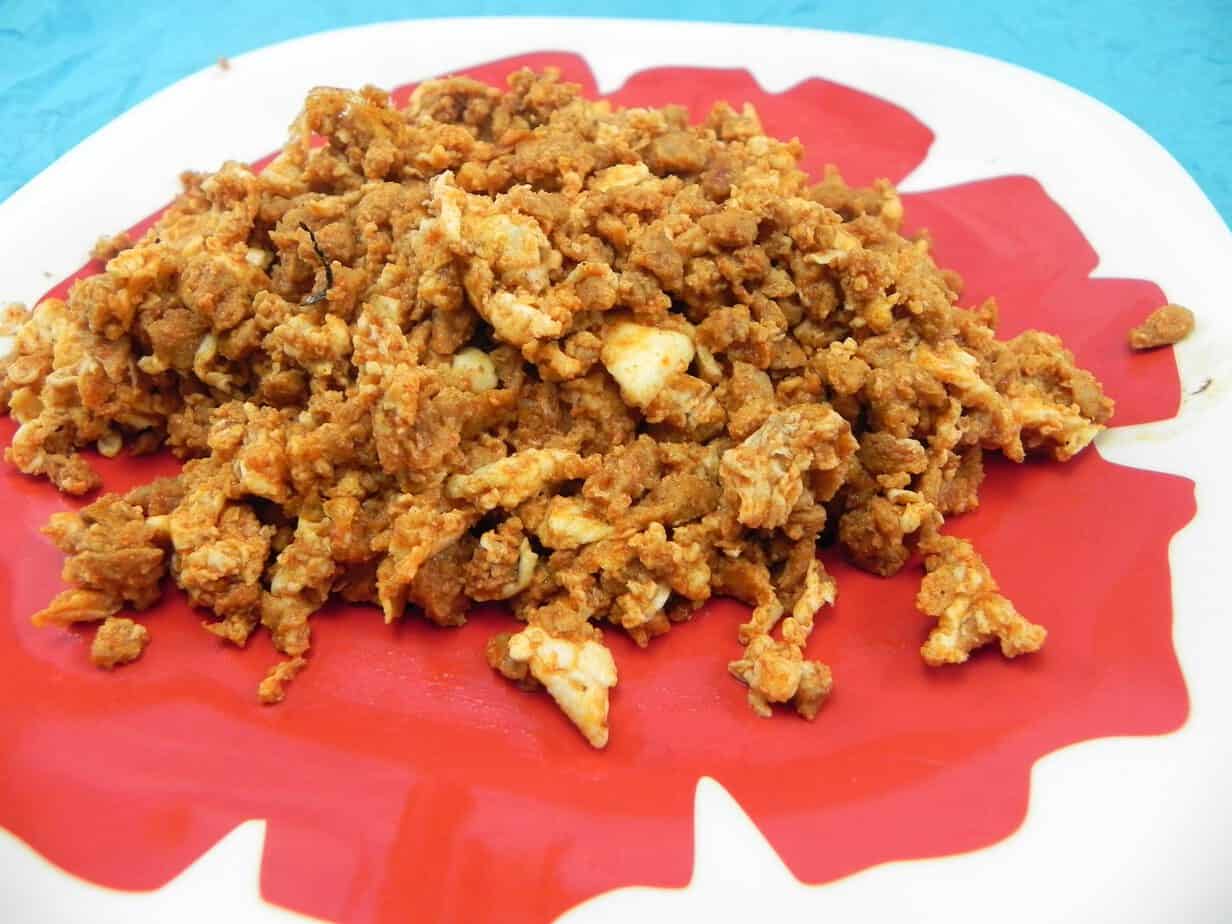 It was about 1/3 cup TJ’s soy chorizo with about 1/3 cup of egg whites, stir fried in a little olive oil. I think I stirred in some nutritional yeast as well.

So now I’m trying to decide what to do with eggs. For some reason, they don’t really bother me when they are in things, but there is something about eating them “whole” that kind of freaks me out. Does that make any sense?!

I want to like eggs. They’re such a good source of protein and nutrients. But I think eggs and I are going to take a break for awhile. (Besides, me & flaxseed eggs are tight, yo.)

Do you have any weird attitude toward certain foods? Am I the only crazy person out there? Do you eat eggs?

« Previous PostNew, New, New!
Next Post » You know what it is…