by Liz Thomson July 24, 2015 This post may contain affiliate links.

I got a FitBit a few months ago and I love it. (Ok, Alex would probably say I’m a little obsessed with it.) I’m kind of a nerd when it comes to tracking and quantifying health related things, so it’s not too surprising that I fell in love with it quickly. 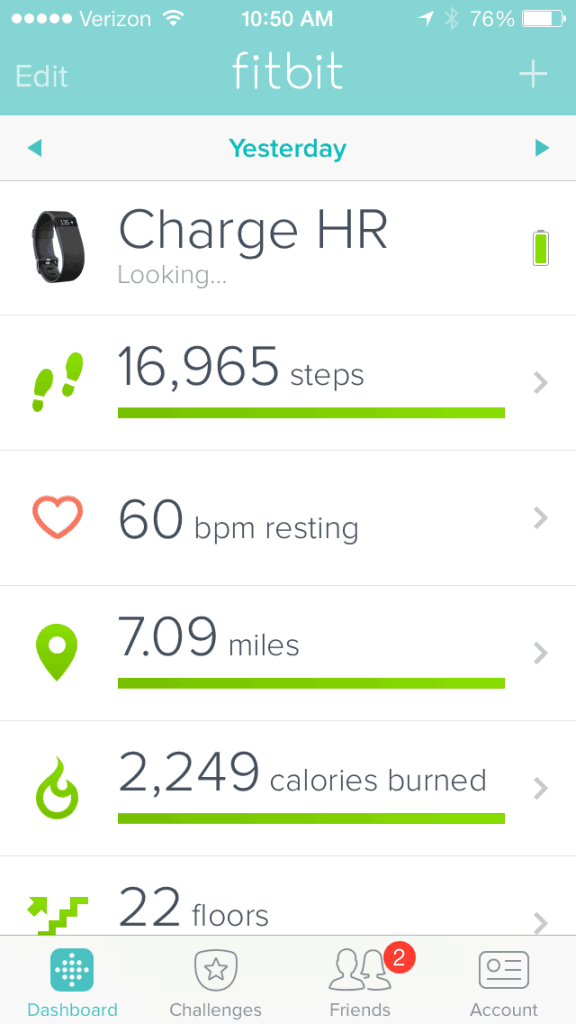 My dashboard keeps me motivated during the day!

Since I’ve had it for a little while, I thought I’d share the pros and cons of the FitBit Charge HR! 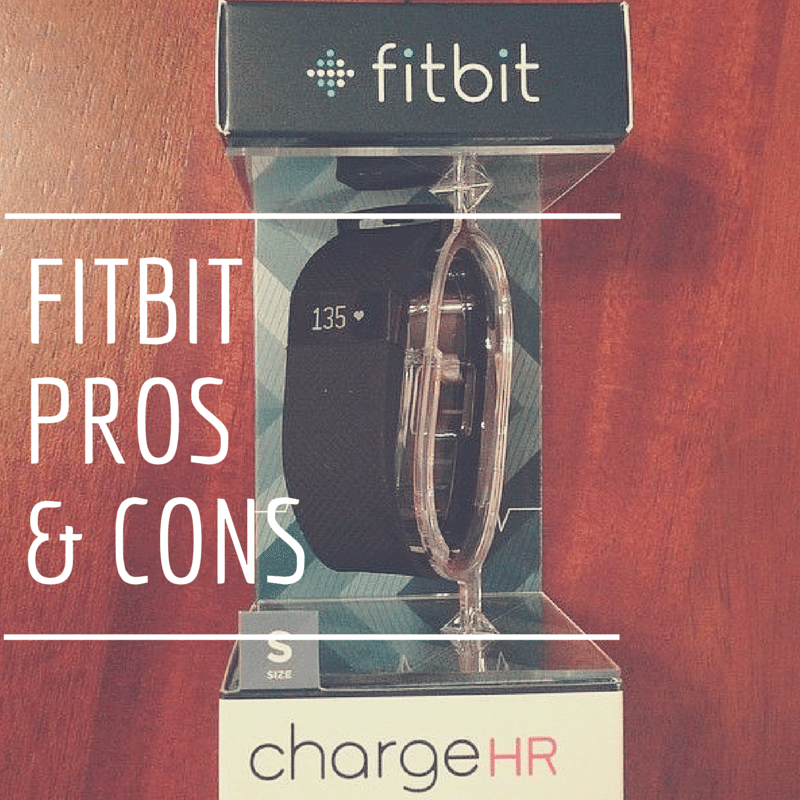 Pros of the FitBit Charge HR

It’s a great motivator! Actually, it’s almost crazy how motivating it is. (I think at one point Alex had to remind me that steps still count even if they’re not tracked with the FitBit…) I love hitting my step goal and it was one of the reasons I was so excited about my DIY Treadmill Desk!

The silent alarm is a nice way to wake up. It vibrates in the morning to wake me up a minute or two before my alarm. It’s a nice way to start the day, rather than relying on a jolt-you-out-of-your-sleep-siren noise.

The challenges are a fun way make it social. My coworkers and I have had more than one “Work Week Hustle” challenge which tracks everyone’s steps Monday-Friday. Maybe I’m just competitive… but I think it’s a fun way to keep each other accountable!

I actually like having a watch. That probably sounds silly but I’ve never worn a watch before so having the time on my wrist is handier than I thought. That’s not a reason to buy one of these but I’ve found it’s kind of nice! 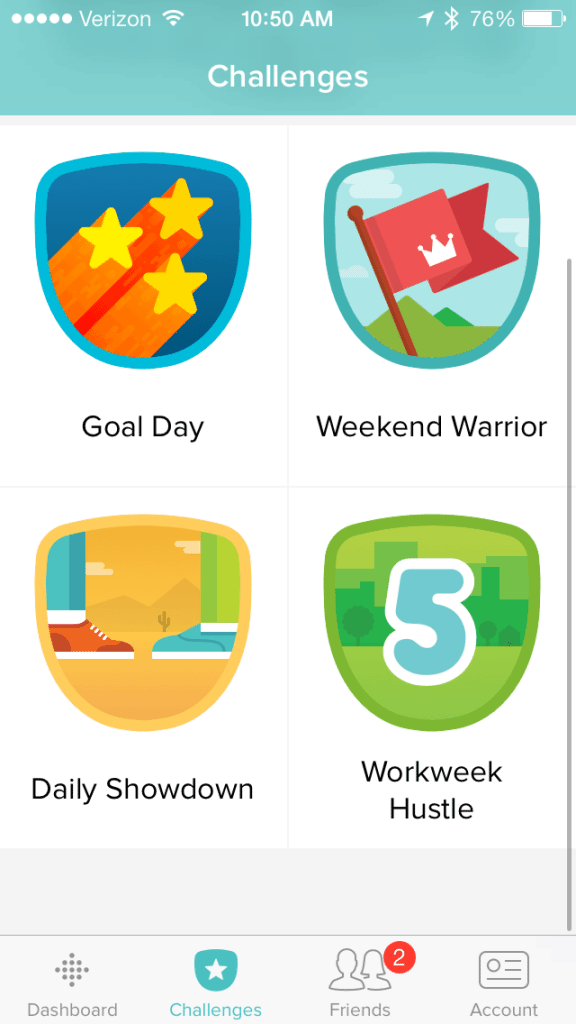 Challenges with friends and coworkers are a good way to stay motivated!

Cons of the FitBit Charge HR

Sometimes I love it a little too much. I get a little crazy if I don’t get my 10,000 steps for the day. I know that it’s more about the overall trends rather that one specific day but… I get kind of disappointed if I can’t hit my goal!

It doesn’t track all my steps. If I’m pushing a cart, for instance, the steps won’t register (because my wrist is still) so it’s not always accurate. It’s not a big deal, but it’s a bummer when I use my treadmill desk because it doesn’t count all those steps when I’m typing!

It’s not exactly discrete. Since it’s on my wrist and it’s not very small, it stands out a bit. I’m so used to it by now that it doesn’t bother me, but one day I’ll look back at this period in my life and laugh that I have it on in every single picture.

Overall, I’m really happy with it! I had a fitness tracker about 4 years ago but back then, the technology was pretty poor, you had to manually plug it into the computer to get a read, and it was even less discrete than the wrist band (if you can believe it).  It’s pretty cool to see how far these things have come in just a few years! If you like being able to track your steps, calories, and sleep, I definitely recommend it!

Have you ever worn a fitness tracker?