Home » Uncategorized » Before & After: Living Room and Dining Room

Before & After: Living Room and Dining Room

by Liz December 1, 2014 This post may contain affiliate links.

I’m physically exhausted. This house stuff is hard work! But I’m so excited to share some before and after pictures with you. As I mentioned on Monday, Alex and I moved in last Saturday and after a week in the house and lots of help from my parents, we transformed the living room and dining room areas. Ready?

The living room was very blah and the only thing that really caught your eye was the dirty fireplace. Yuck. Obviously we wanted to add a bit of color to the white walls but what I was really focused on was the fireplace. Believe it or not, that “before” picture is after Alex and I scrubbed the inside and outside. There was so much ash on the front, it was impossible to get it off. It looked a little better once we cleaned it, but it still wasn’t the look we were going for. 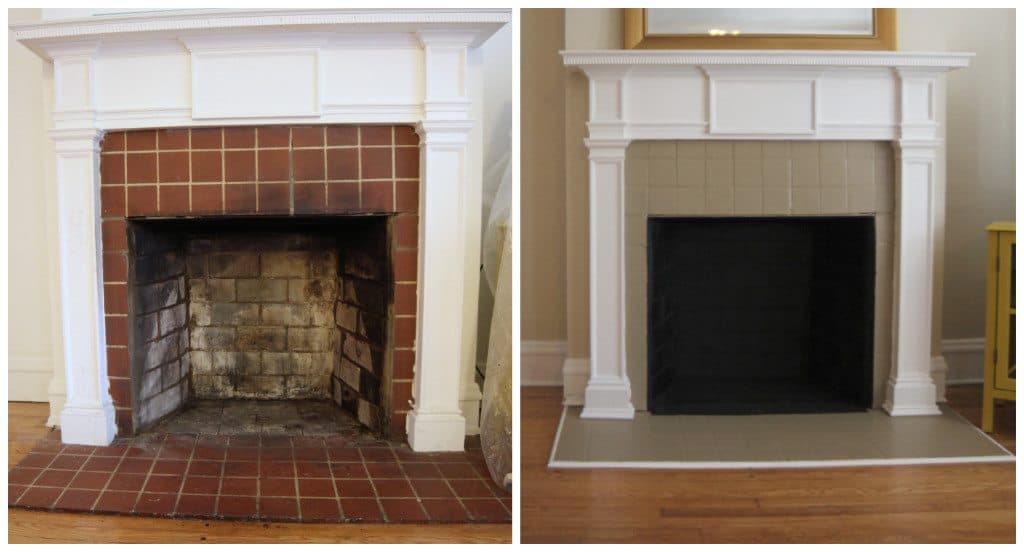 After some sanding, primer, and paint, we ended up with a much more modern fireplace! We used a special primer specifically for tile and then covered it with Sand Beach by Sherwin Williams. We only needed a sample of the paint, since their paint samples are pretty big. For the inside, we just spray painted it black. It took a couple of coats but we were able to do it with one can of Rust-oleum 2x spray paint. Since we were already adding shoe molding to the living room, we added some around the base of the fireplace to really bring out the color. We’re pretty happy with how this came out, since it only cost about $20 to do.

Here’s a bigger shot of the room, which is still a bit of a work in progress. 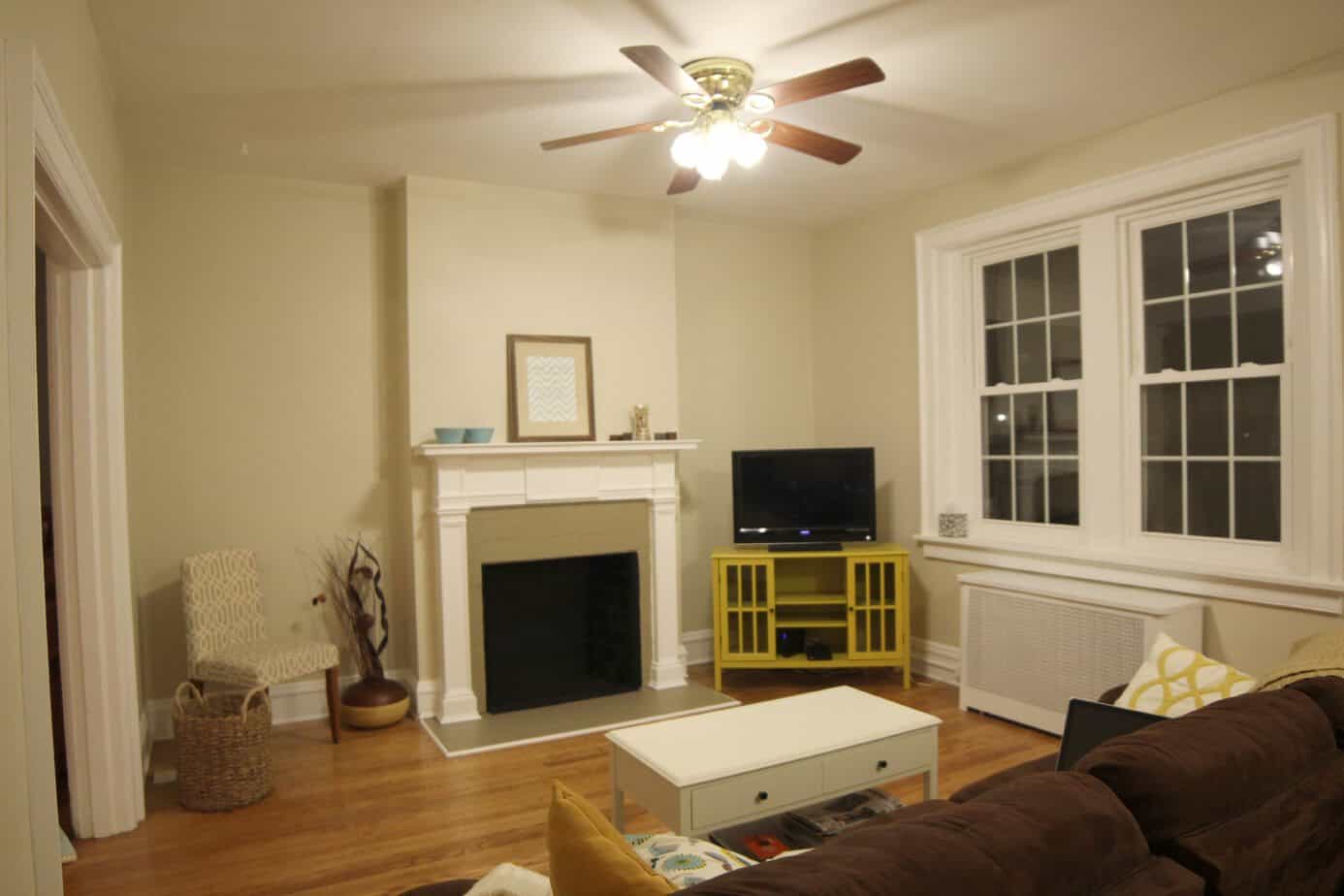 It’s kind of funny how many paint colors we tested. The one I originally chose ended up looking way too dark on the walls so we tried a few samples before settling on Maison Blanche by Sherwin Williams. It’s pretty light but I love how bright the room feels. (Not so much in this photo… nighttime photos aren’t great.)

The dining room was also a blank canvas so we decided to paint the top half grey and do white wainscoting for the bottom half. I was a little nervous about the color (it’s a bit darker in person than in the photo) but I love the contrast with the white trim. I’m so thankful for my husband and father who cut out all the wood for the frames below! So much measuring. So much cutting. 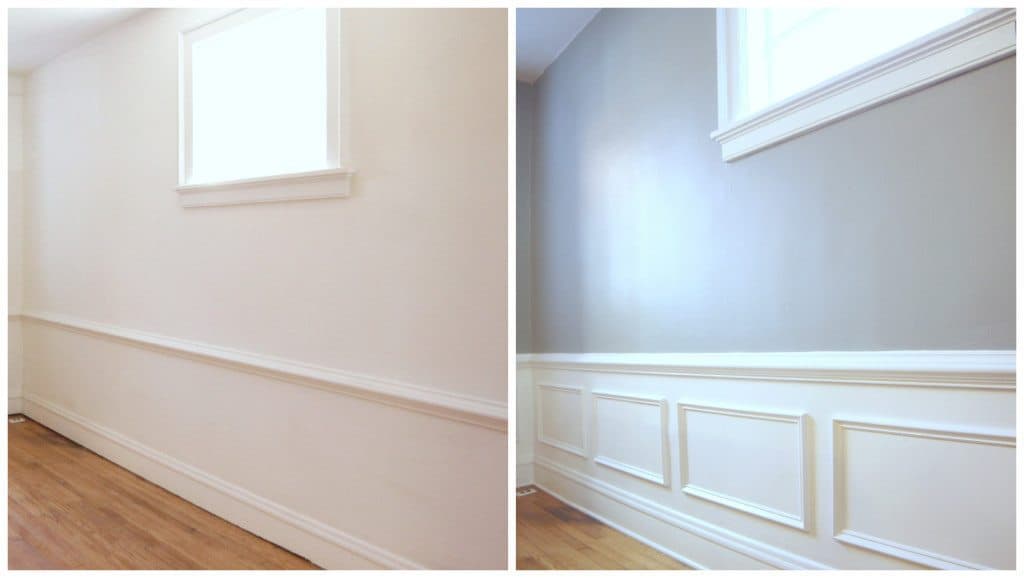 Here’s what it looks like leading into the kitchen: 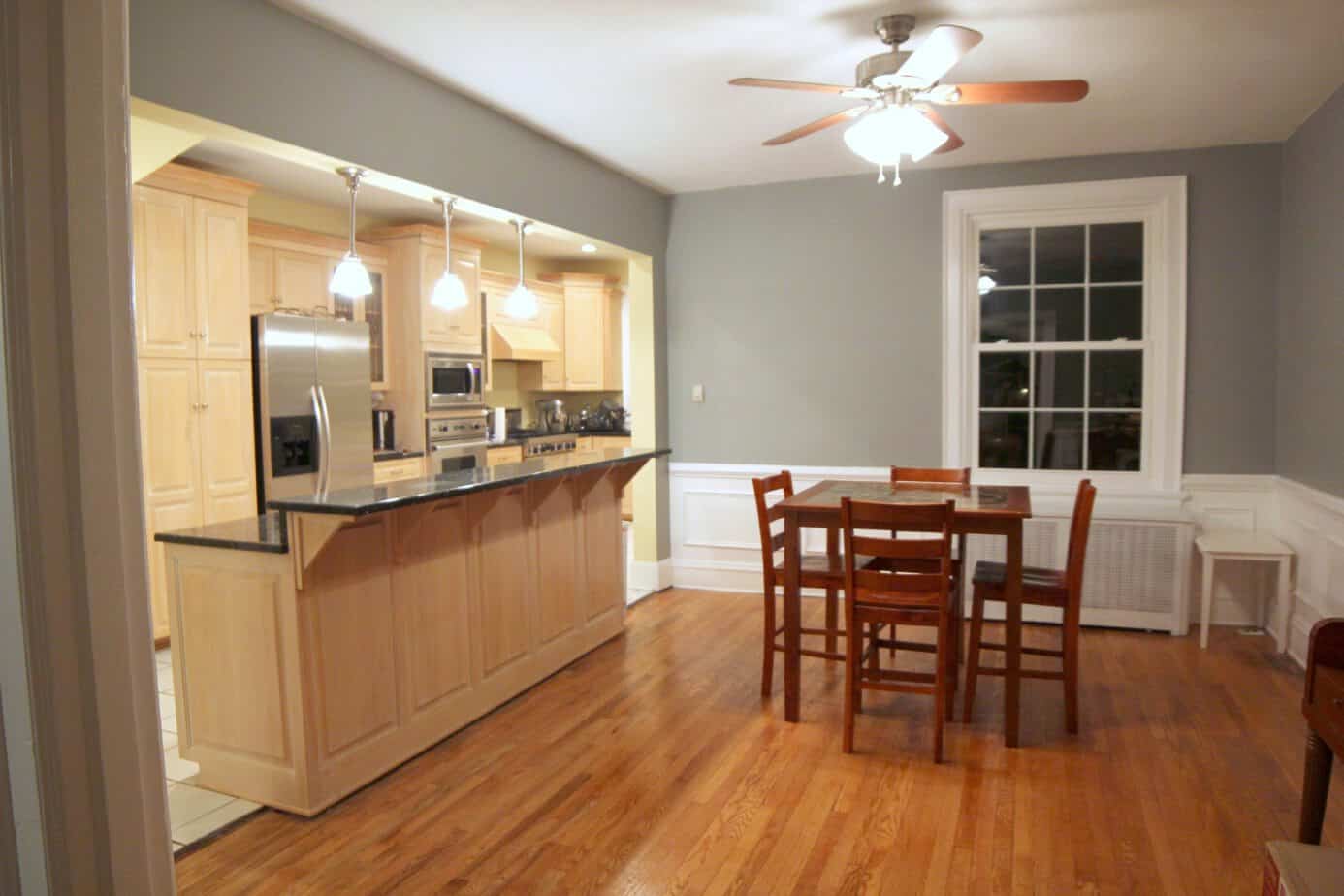 Now if I can get my hands on a nice big farmhouse table, I’ll be all set for dinner parties! It’s been an exhausting week but I’m so excited with the progress we’ve made so far. We also painted the master bedroom and got some great Ikea wardrobes set up, but I’ll save all that for another post. I think our next big project will be tackling the basement!

I’ll be back with food-related content on Wednesday, but I just couldn’t wait to share some house photos! The biggest challenge so far has been the amount of cleaning we’ve had to do. So…

Do you have any cleaning secrets? Special products? Favorite formulas?

22 comments on “Before & After: Living Room and Dining Room”