Home » Uncategorized » What I Ate in the New House

What I Ate in the New House

by Liz Thomson December 3, 2014 This post may contain affiliate links.

Phew. What a week! I was planning on sharing what I ate on Sunday, but Sunday ended up being a bigger adventure than we thought! More on that in a minute, let’s get to the food and link up with Jenn: 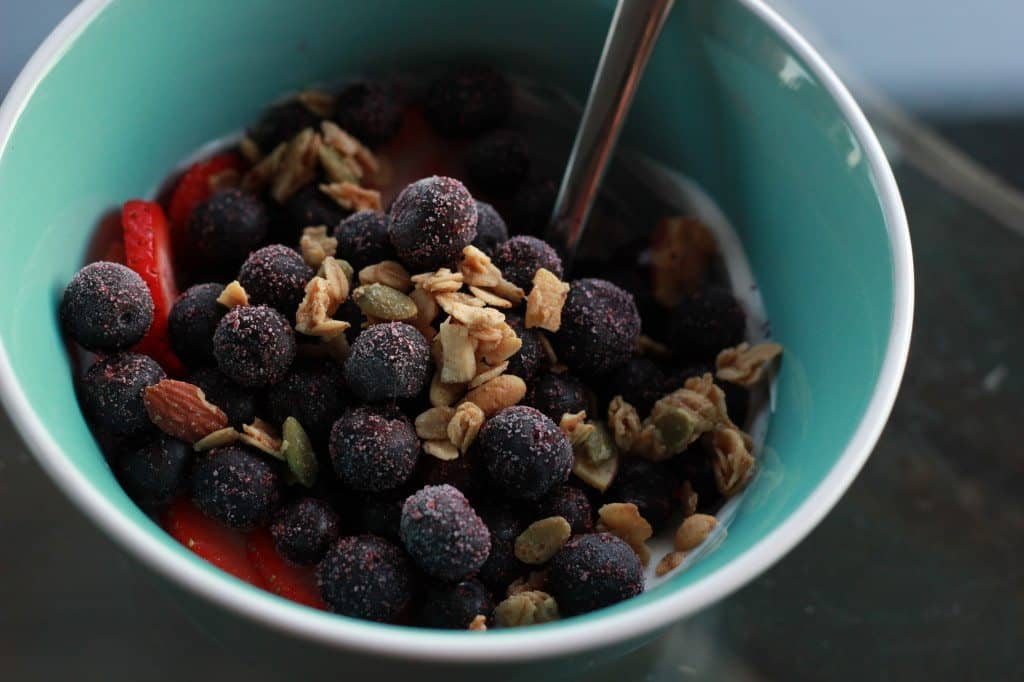 I had my standard bowl of Greek yogurt with berries, along with a new-to-me coffee blend from Blanchard’s, which is probably my favorite local coffee. 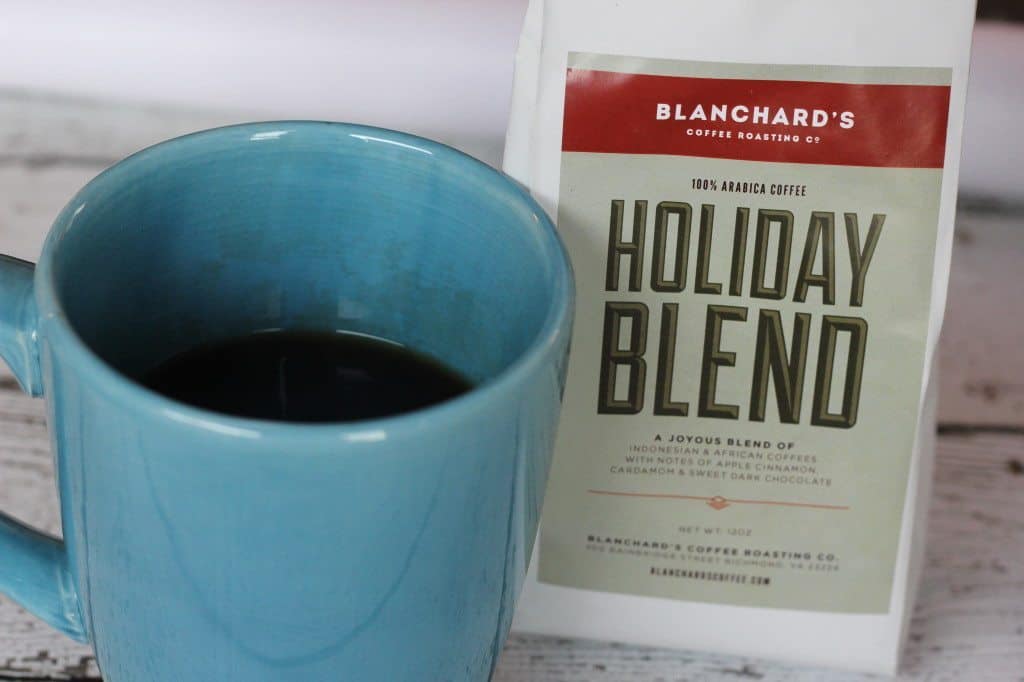 This holiday blend is fantastic! I might have to stock up so I can drink it in 2015. I had quite a few cups throughout the morning.

Alex and I spent the morning at Lowes (seriously, I think I’ve been to Lowe’s 10x in the last week) did some cleaning, and hung a few blinds around the house. We took a quick break for lunch so I just threw some sweet potatoes and veggie burgers in the oven. 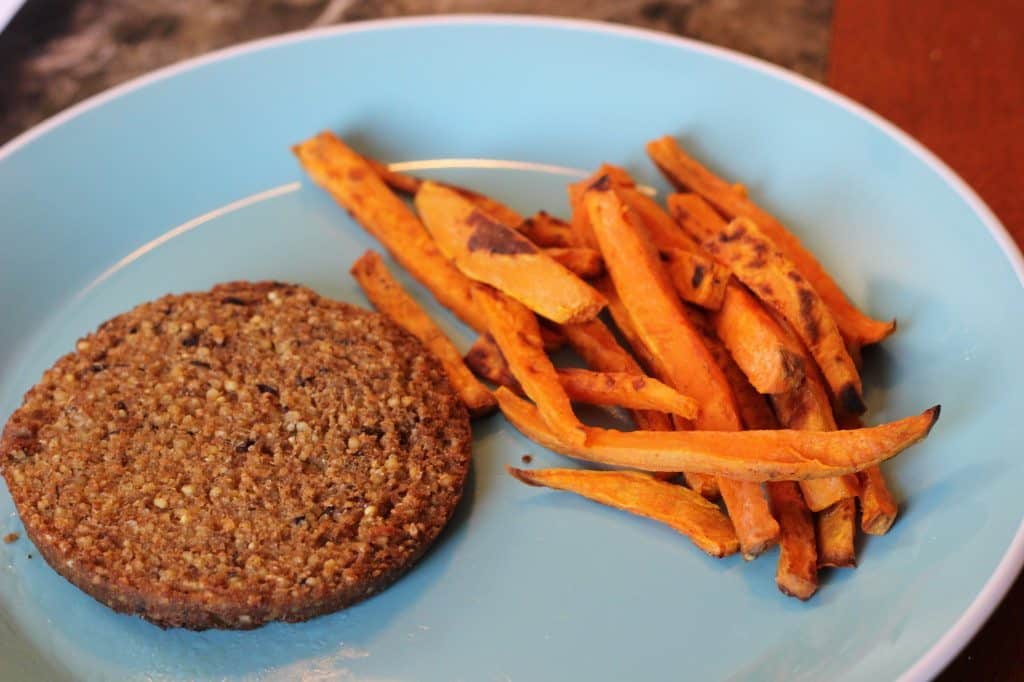 It doesn’t get much easier (or un-photogenic) than that. I was wishing for some avocado with the burger, but it was great on its own. These were Hilary’s Eat Well Adzuki Bean Burger– our go-to burger right now. I love that they’re in sealed 2 packs, so I don’t end up with half a pack of freezer burned patties.

It’s kind of embarrassing, the lack of greens in my meals on Sunday, but I’ll blame it on the lack of groceries after moving. After church, we made another trip to Lowes (I’m totally not kidding. Blind measuring is harder than you think, people.) and once we got home, Alex was starving so I dug around in the fridge and whipped up some macaroni and cheese. It was basically the most simple macaroni and cheese recipe ever. Sometimes, you just need some comfort food. 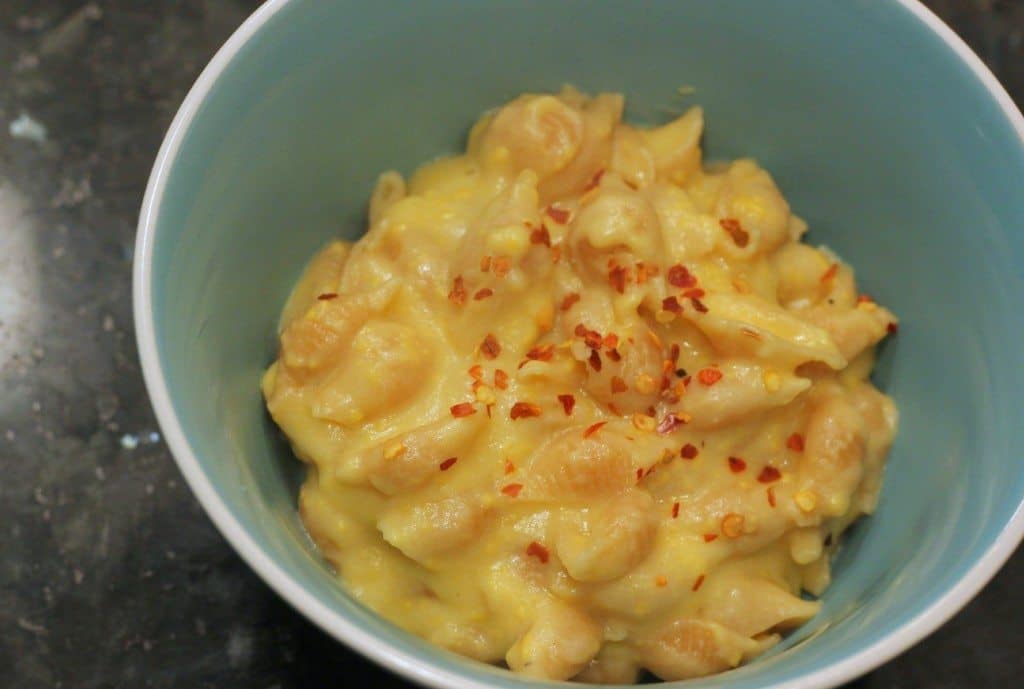 We wrestled with the blinds a little longer and I cleaned up the kitchen. We were exhausted when we landed in bed, but when the phone rang at 11:30pm, I was instantly awake.  My brother called asking if I could come stay at their house and watch my 18 month old nephew, since my sister-in-law (who was 9 months pregnant) felt like the new baby might be on his way! The short version of the story is that I made it to the house just in time, as my new little nephew came into the world a little faster than planned, so he was born at the house rather than the hospital! None of us got much sleep that night, since it was a pretty crazy evening. Luckily, my sister-in-law and my new little nephew are doing wonderful. 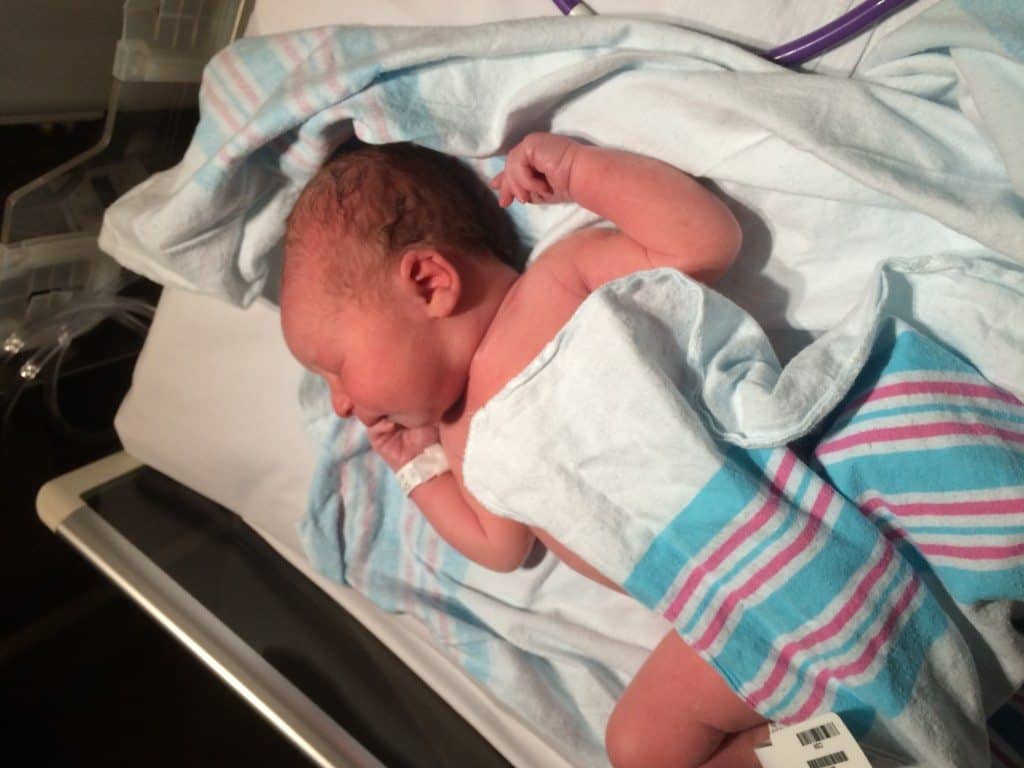 Now I’ve got two perfect nephews! Not a bad way to end a Sunday, eh?

Do you have any nephews or nieces?

39 comments on “What I Ate in the New House”