by Liz Thomson December 18, 2013 This post may contain affiliate links.

I haven’t done a snapshot of daily eats here in awhile, and since What I Ate Wednesday typically takes over the food blog world on Wednesdays, I thought it was time for an update. My meals have been looking fairly typical, although I usually try to make my meals a little more veggie-heavy, since this time of year typically brings extra snack, drinks, and treats that I wouldn’t want to pass up. Rather than banning myself from the cookie jar, I’ve been filling up on fruits and vegetables, and indulging in cookies (or champagne) when the opportunity arises.

I usually start the day off with a bowl of Greek yogurt and frozen blueberries or blackberries. Frozen berries are so much cheaper this time of year, and I sort of like the way they make the yogurt super, super cold. I would normally add granola on top, but like I said, I’m saving extras for treats! 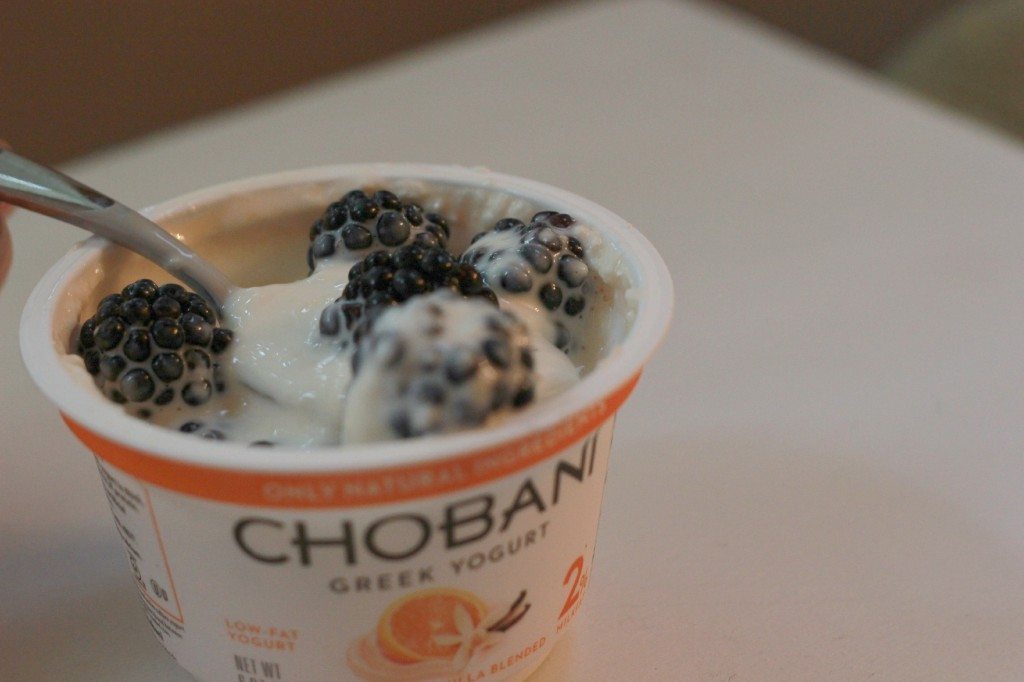 I haven’t been great at packing my lunch lately, but that’s been partly intentional. We have such a great salad bar at work that I usually get a big salad and either a cup of soup,  some fruit on the side, or soy crisps to munch on later. I always get kale if the cafeteria has it, and I usually top it with a grain of some sort to make it a little more filling. This was kale salad with barley. 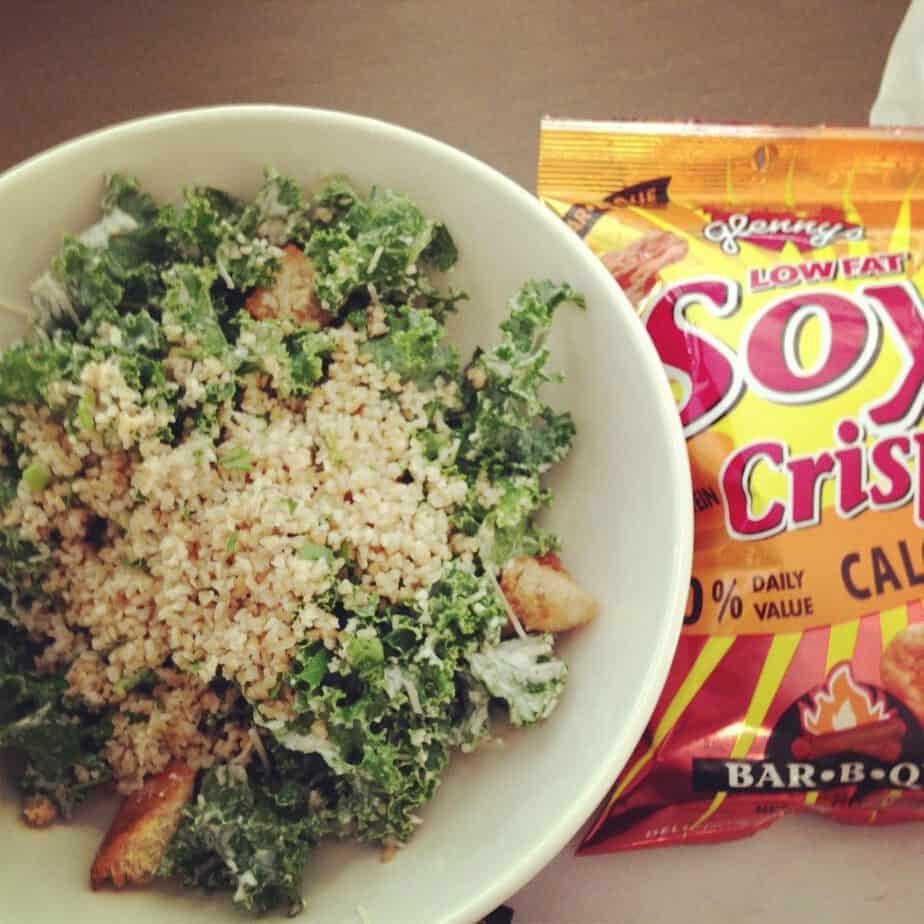 If I’m trying to go for a veggie-heavy dinner, then I’ll try something like spaghetti squash, or a vegetable based soup, but on Friday night I decided to get a little more creative. I had a really random craving for Indian food, and I decided I was time I start trying learning about those spices. I had to go to the store and load up my spice rack with things like garam masala, but it was totally worth it! 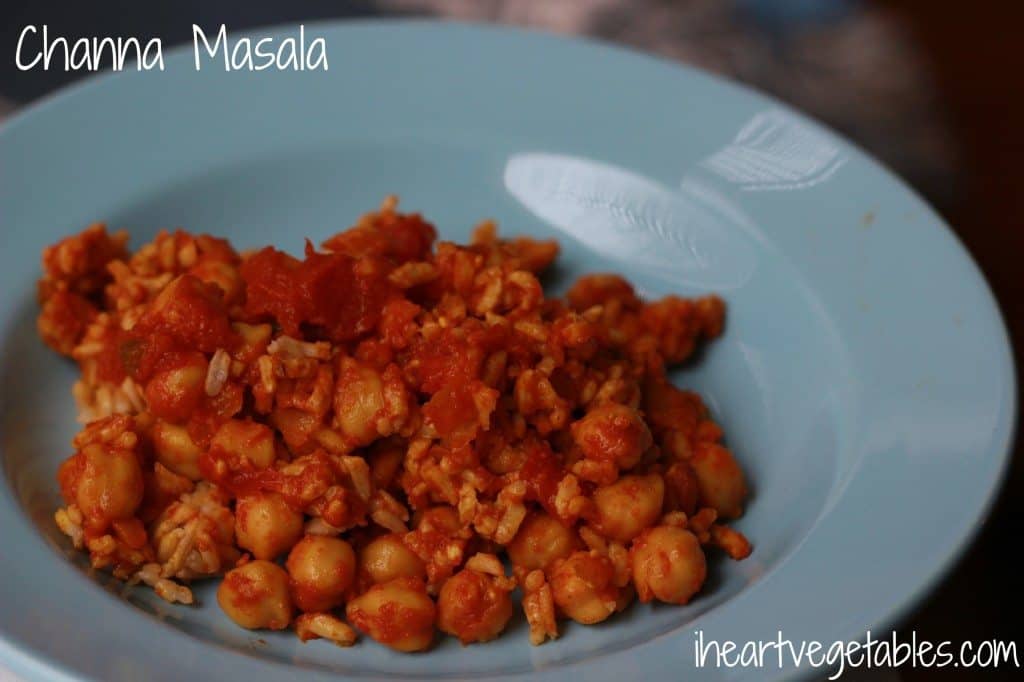 Since I truly know nothing about Indian cooking, I followed a recipe for Channa Masala very closely. I tried not to improvise, since I knew it could get pretty spicy if I wasn’t careful! I used this recipe from Eat, Live, Run and it was absolutely delicious. Alex said it was the best Indian food he’d ever had, and I swear I could start eating it every week. We ate the chickpea dish with basmati rice and naan, so it ended up being a very filing meal. I’ll be adding this recipe to the usual rotation.

On a typical night I’d finish off dinner with a glass or red wine, but these days it seems like cookies are often involved as well. Like one of these peanut butter & chocolate chip cookies… 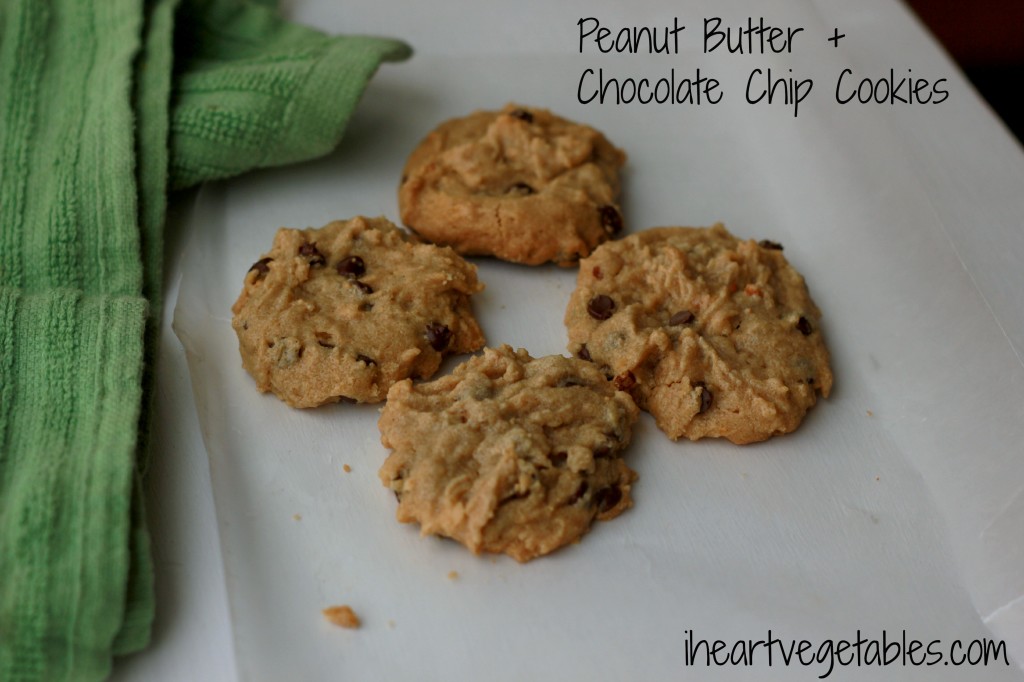 I posted that recipe on Monday, if you want to make them!

What has been on your plate lately?