Jump To Recipe by Liz October 17, 2016 This post may contain affiliate links.

I’ve been all about the apples lately. I’ve also been on a bit of a granola kick. I’ve been enjoying it on top of my yogurt bowls as well as straight out of the bag. I decided to try making granola with applesauce in order to get those clumpy pieces without needing to using so much oil. But let’s just clarify, this recipe is not low fat. Instead, it’s packed with healthy fats thanks to walnuts and a bit of coconut oil. So while there isn’t a lot of oil in this recipe, it is still quite satisfying thanks to those walnuts! Alright, let’s get baking. 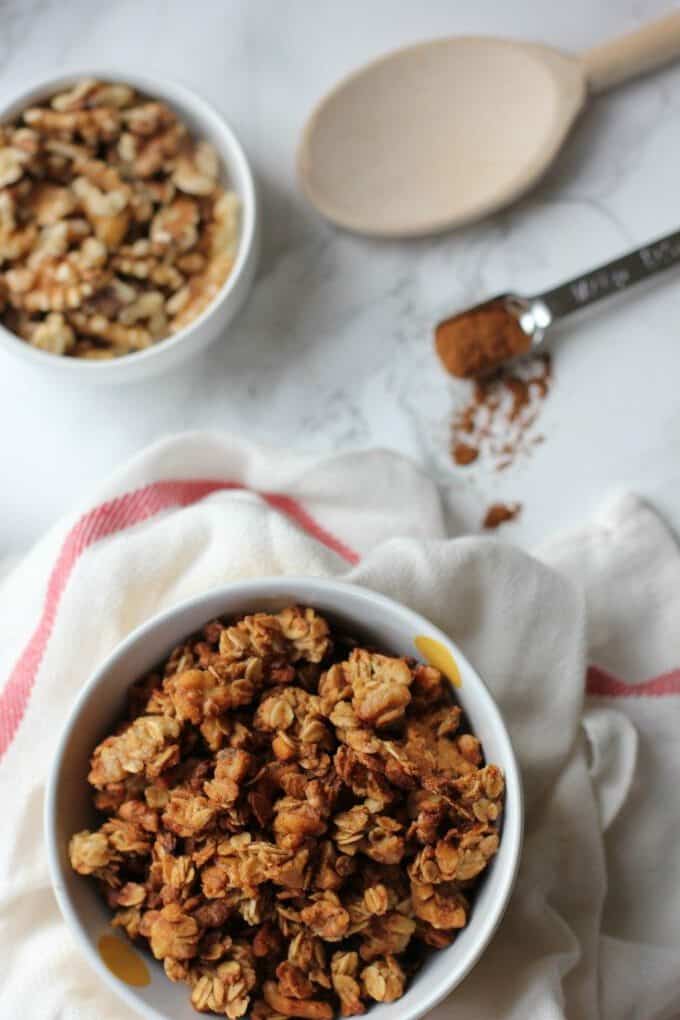 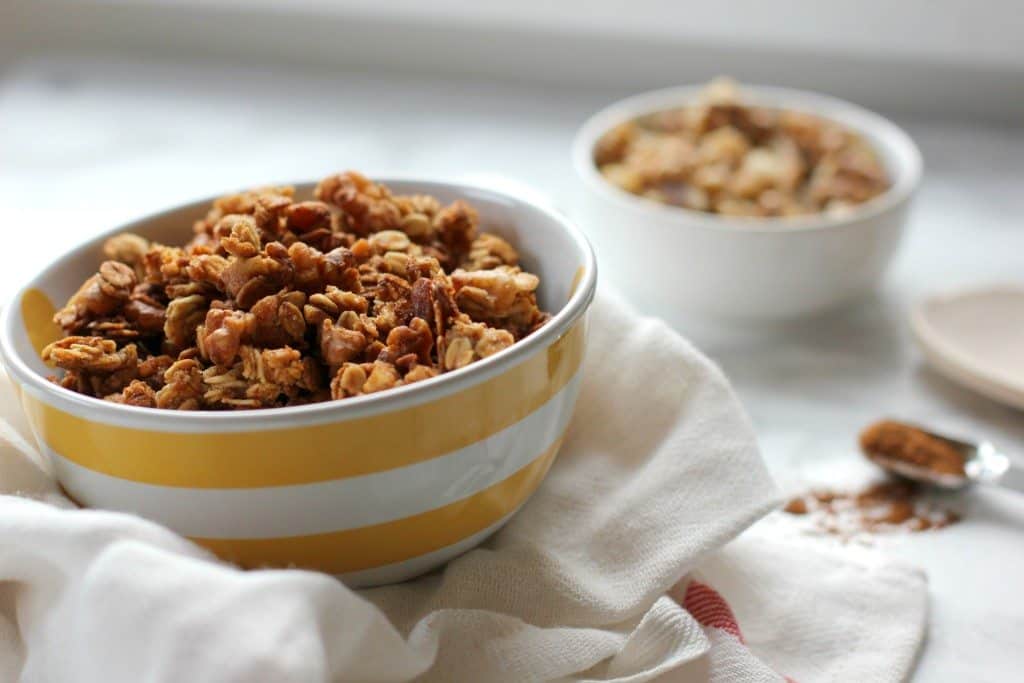 This granola smelled amazing coming out of the oven, thanks to all the cinnamon. I made this on Saturday night while Alex was watching football and I found myself going back for another handful. Watch out, this stuff is addicting! I ended up putting it on my yogurt bowl the next morning and packing some for the road when I went to our Northern Virginia office. It makes a perfect snack!

What are your favorite granola mix-ins?