I’m glad I had a recipe prepared and ready to go for today, because this weekend has been a little bit crazy. Friday night, I got a text from my brother to come to the hospital, because my little nephew was on his way! Alex and I got to the hospital and a couple of hours later, he was here! 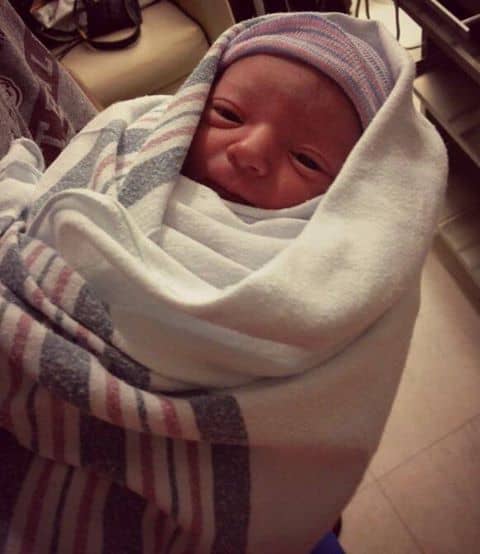 Isn’t he the cutest little love nugget you’ve ever seen? Maybe I’m biased, but I think he’s absolutely beautiful. I’m so excited to be an aunt. (Jack, you and I are going to have some great adventures!)

But back to that recipe… the other day, I was in the mood for some granola, and had an idea of a coconut mocha granola. After a quick survey of the pantry, however, I went in a new direction. I had some cinnamon apple sauce to use up, and it seemed like a great way to sweeten some granola without having to add a lot of sugar. I also had a few apples that needed to be eaten, and with that… Apple Pie Granola was born! 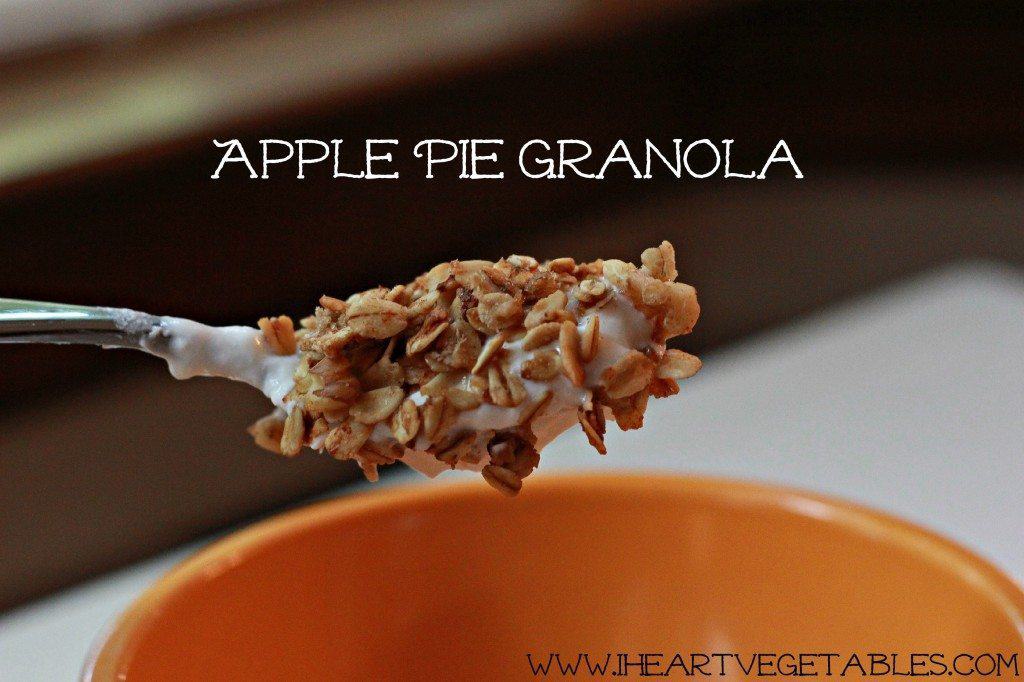 Melt the coconut oil in a large mixing bowl, for about 10 seconds in the microwave. (It’ll melt really fast!) Stir in the oats, applesauce, diced apples and cinnamon. Mix until the oats are coated, and everything is combined. Spread out onto a lightly greased cooking sheet, and sprinkle with salt, cinnamon, and brown sugar. Put it in the oven at 350 for about 30 minutes, stirring every 10 minutes. Let cool, and enjoy! This granola isn’t super crunchy, but it’s the perfect texture to eat on top of granola, or straight out of the jar. If you want more sweetness, you could add a tiny bit more brown sugar, but I liked it just like this.

Maybe I’ll pack a few handfuls with me while I’m hanging out at my brother’s house, with baby Jack.

Do you have any nieces or nephews?