Jump To Recipe by Liz May 24, 2021 This post may contain affiliate links.

These double chocolate almond flour brownies are so fudgy and delicious! Packed with tons of chocolate, these gluten-free brownies will be your new favorite! 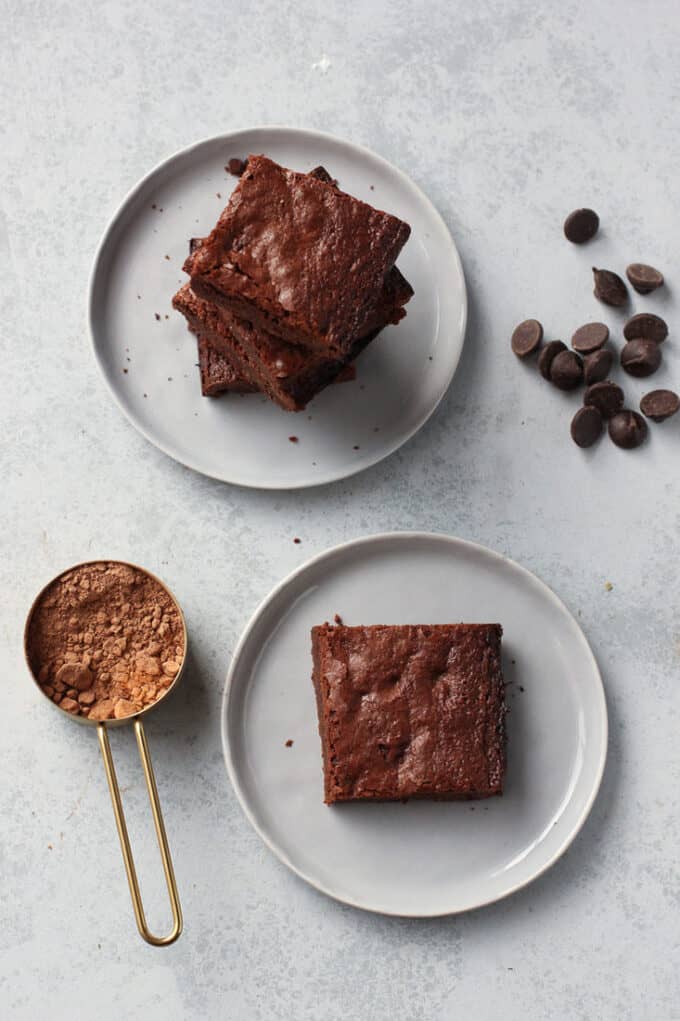 I love a good brownie. Preferably one that is not only deep, dark chocolate but one that also has chunks of actual chocolate inside. The more chocolate, the better. I’ve made a lot of brownies in my lifetime, but for the first 16 years of my life, it was always a Betty Crocker mix. My mom and I would add in chocolate chips, and I would feel like a little bit of a rebel since the box didn’t call for chocolate chips. Clearly, I was a rebellious child.

What is almond flour? 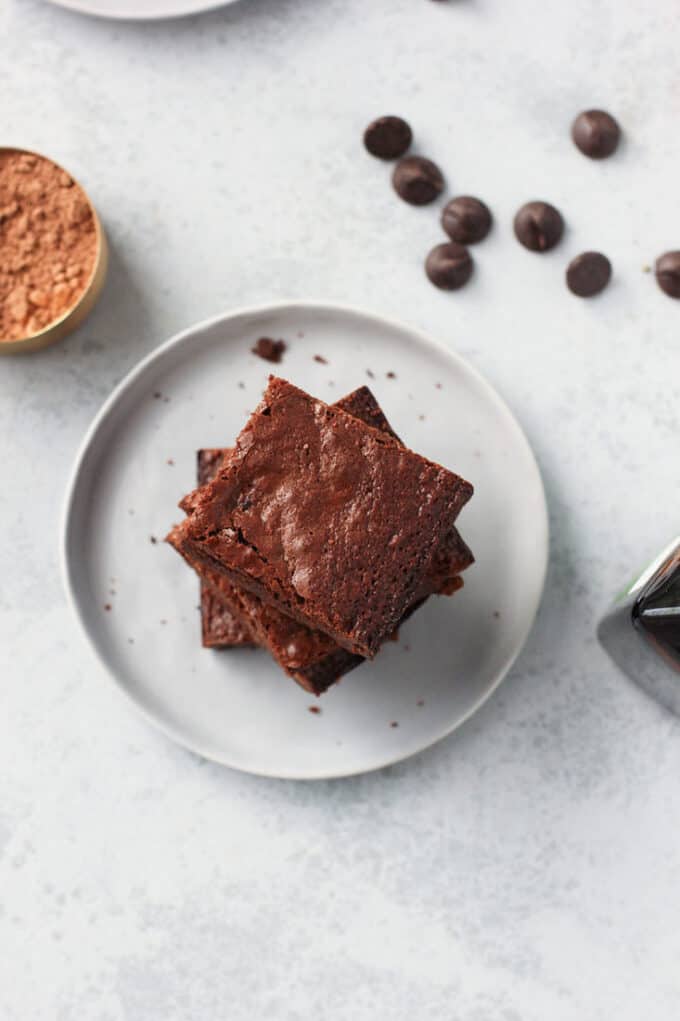 Where to buy almond flour

How to bake with almond flour

Almond flour works a bit differently than traditional flour. Since it’s high in fat, it makes baked foods like brownies super moist and tender. It’s not great for things like bread, but it’s perfect for baked goods like brownies or muffins! When measuring almond flour, gently fill a measuring cup with almond flour and use a knife to level it. Do not pack the flour into the cup. 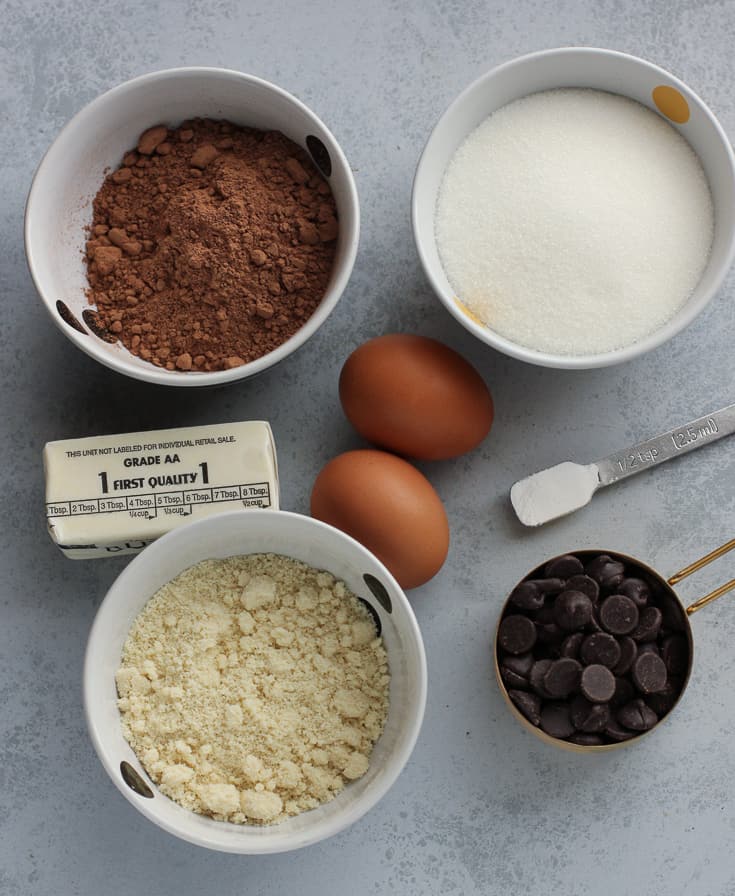 Can these brownies be made without eggs?

I’ve tried making these with chia seeds but I don’t recommend it. It changes the texture and the end result won’t be deliciously fudgy brownies! They’ll be a crumbly, gooey mess. Stick to eggs! But if you need a vegan recipe, try these vegan chocolate muffins!

These double chocolate almond flour brownies are so fudgy and delicious! Packed with tons of chocolate, these gluten free brownies will be your new favorite! 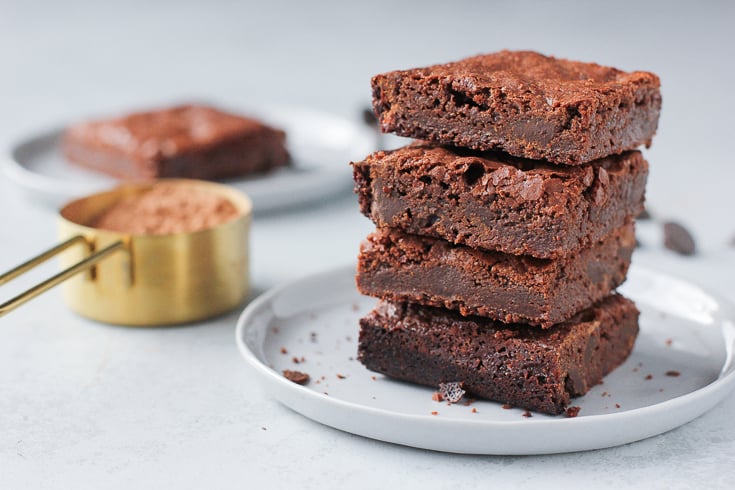 I really couldn’t believe how well these almond flour brownies turned out. I was afraid they wouldn’t hold together, or they’d be too crumbly, which is a pretty common problem with gluten-free desserts. But these held up just fine.

How to store almond flour brownies

Although they’re best served just after they’ve cooled, these almond flour brownies will keep for a few days in an airtight container at room temperature.

Honestly, I think these almond flour brownies were even better than a traditional brownie, so even if you’re not avoiding gluten, I’d give these a try. Bring them to a party or keep them at home and eat the whole pan yourself. (Just kidding. Kind of.)

Looking for other ways to bake with almond flour? Try these applesauce almond flour muffins! 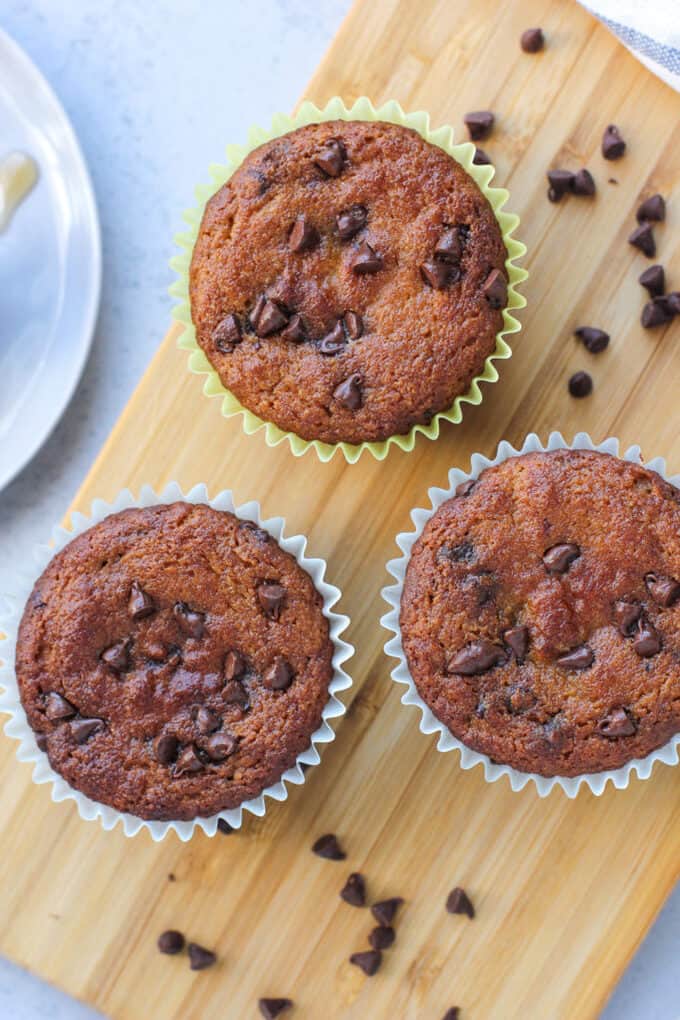 This post was originally published in December 2015. Updated May 2019.