by Liz February 10, 2012 This post may contain affiliate links.

I don’t know about you, but this week has seemed particularly long. I mean, it kind of flew by, but I’m just exhausted! I’ll have to scrounge up some energy for the weekend, as it’s going to be pretty busy. (#VAisforbloggers meet up on Saturday!)

Anyways, the awesome folks at Vitalicious sent me a few boxes of their new 50 calorie VitaCakes to review, and since they’re awesome, I thought I’d do a review of the cakes AND the muffins! So let’s begin:

If you’ve never had a VitaMuffin (Kat, I’m looking at you!) these things are delicious! They come frozen, and since they don’t have preservatives, you need to keep them frozen until ready to eat. You can either leave them out for a few hours, or nuke them in the microwave for instant gratification.

I’ve tried both the double chocolate chip and the banana nut flavor and both are excellent.

They also taste really rich. They don’t taste like cardboard cakes, like some “low calorie” cakes do. Really the only downside is the price. They’re not cheap. (Around $5 for a box of 4…) but sometimes they’re on sale, and it’s cheaper than grabbing a muffin at a coffee shop. 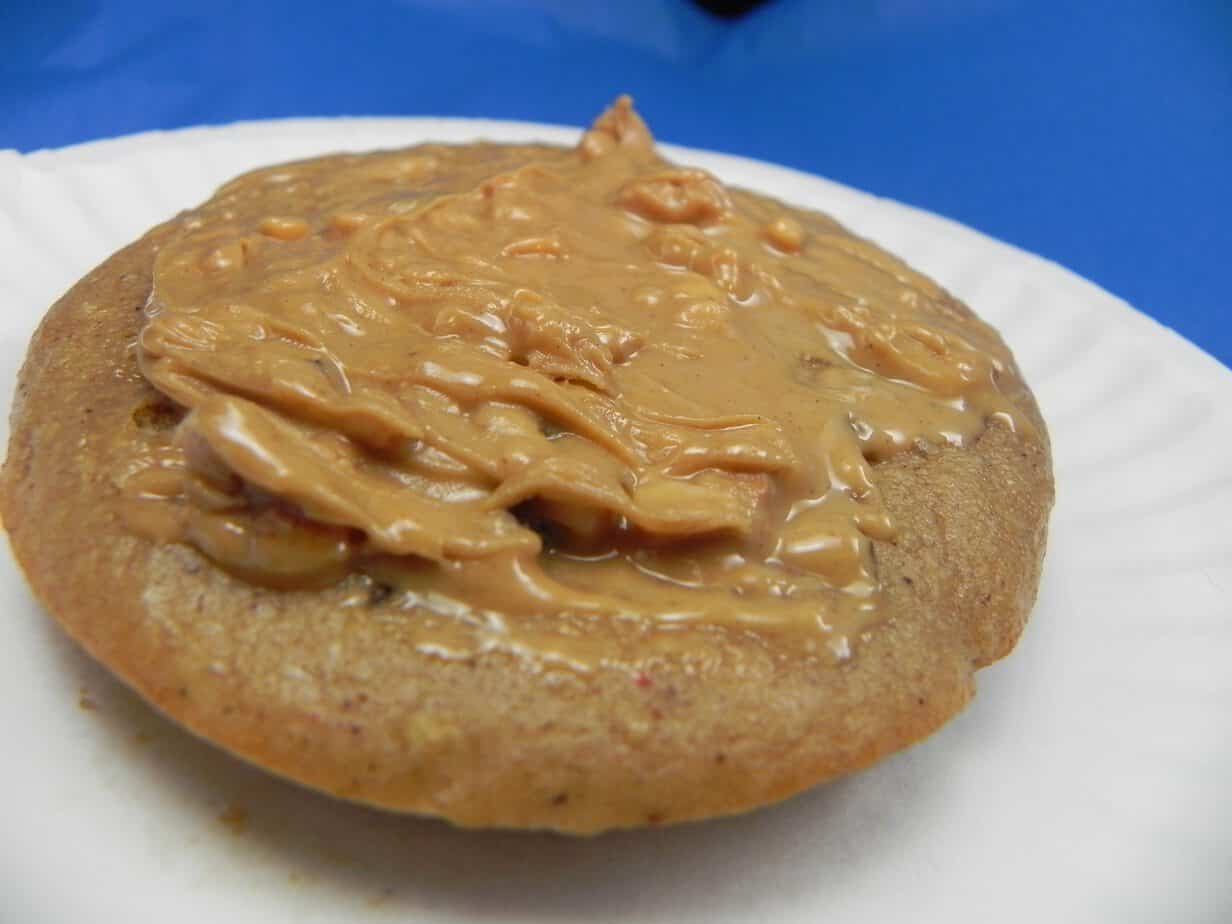 That’s the banana nut muffin with a smear of nut butter on top, because everything is better that way.

Or if I want a smaller snack, the new VitaCakes are only 50 calories! 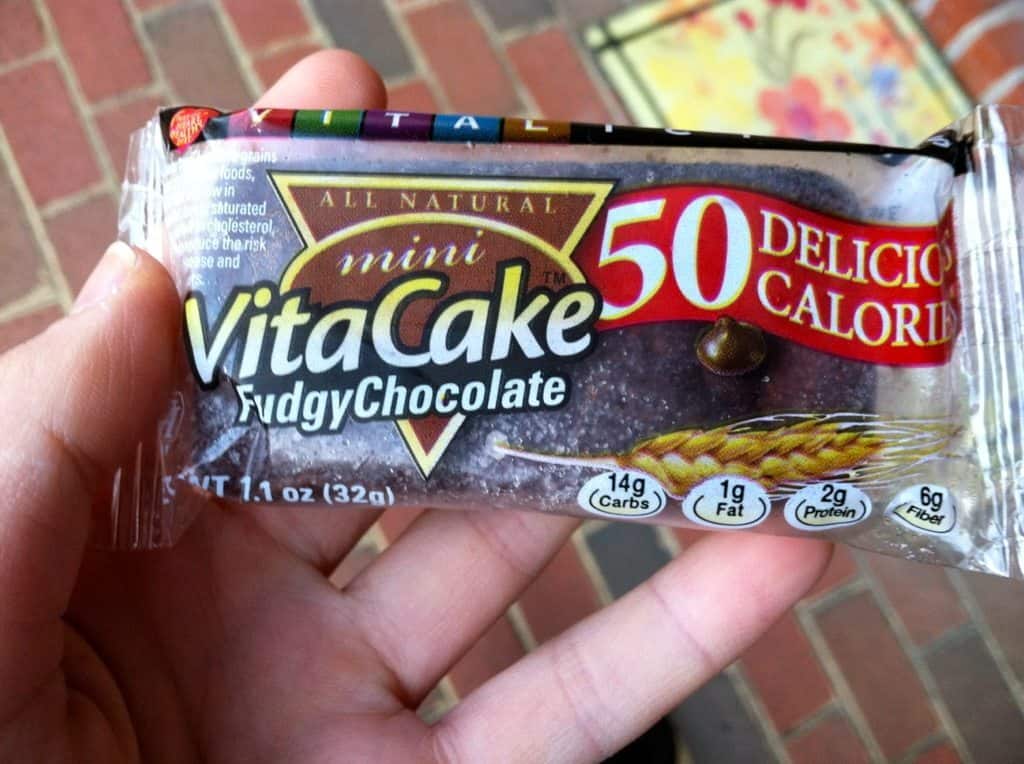 I usually take one with me in the mornings, and it’s thawed by the time I need a snack! (They also don’t smush, because they’re frozen… which sounds silly, but we all know is kind of a big deal.)

There are lots of other flavors I haven’t tried, but I can definitely vouch for these two!

Do you throw a snack in your bag for later? If so, what is it?