Home » Uncategorized » Life Lessons I Learned at the Gym

Life Lessons I Learned at the Gym

by Liz November 1, 2013 This post may contain affiliate links.

Over my relatively short lifetime, I’ve spent a sizable percentage of it at a gym. Apartment gyms, work gyms, Gold’s gym, barre class, yoga class… the list goes on. Sometimes I love it, sometimes I hate it, but I keep going back. I was feeling a little introspective last night, and started thinking about a few of the lessons I’ve learned at the gym that have served me well in life. Here they are, and I’d love to hear your own: 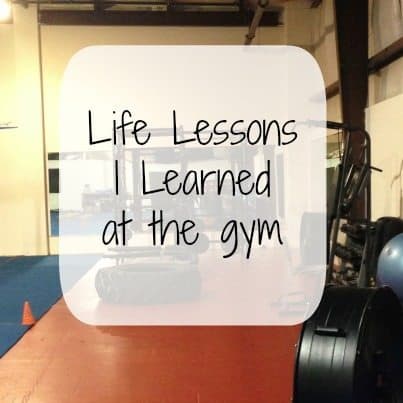 Difficulty doesn’t equal permission to give up. The whole point of working out is to push yourself. If it’s not difficult, you’re not growing. There isn’t really much point to lifting a 2lb dumbbell every single day. You have to give those muscles a challenge. As soon as you hit one goal, you have to move on to the next one. Just because work is difficult or a friendship feels hard, doesn’t mean you get to throw in the towel. Pushing through it is what makes you learn, grow, and become a better person. 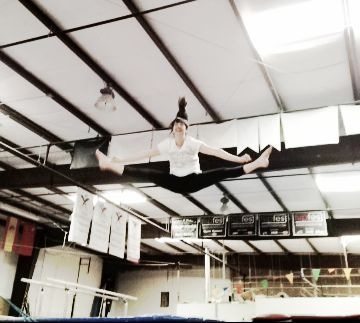 You don’t know what someone else is going through. Yes it’s annoying to see that girl texting on the treadmill next to you, walking at a snails pace, barely breaking a sweat. Maybe it’s because she doesn’t want to mess up her makeup, or maybe, just maybe, it’s because she’s recovering from an injury. Maybe she had a sprained ankle or a pulled hamstring. Just because she looks fine from the outside, doesn’t mean she is. It’s the same way with people. Maybe that person had a short temper because they’re dealing with something bigger. Maybe someone made that mean comment because of their own insecurities. It might not be fair, but cut people some slack. You can’t see what’s on their mind.

What feels good in the short term, isn’t always good for the long term. Hitting the snooze button, or grabbing that greasy pizza and sitting on your butt all weekend might feel great in the short term, but I promise it will not serve you well in the long term. It’s breaking a difficult bad habit, even when it’s tempting to say “just one more”. It’s not about once single choice, it’s about all of those little choices that add up to a lifestyle. It’s lots of “short terms” that equal the “long term” so be careful what you choose.

At the ripe age of 25, I’m by no means wise, but these are a few things I’ve learned a long the way. Now share your wisdom with me!

What’s a life lesson you’ve learned at the gym?

33 comments on “Life Lessons I Learned at the Gym”