Saturday Recap [What I Ate]

by Liz Thomson December 17, 2014 This post may contain affiliate links.

How is it already Wednesday? I swear this week is flying by, and I don’t think it’ll slow down until after the holidays! I’m so excited, because my best friend who has been in Norfolk is coming to visit tonight! It’ll be nice to have some girl talk and catch up with her since I haven’t seen her for a few months. Anyways, since it Wednesday, the day for sharing what I ate, I’ll give you a recap of our Saturday!

Alex and I woke up fairly early and started the day with some breakfast and coffee. Eggs for him, Greek yogurt for me. 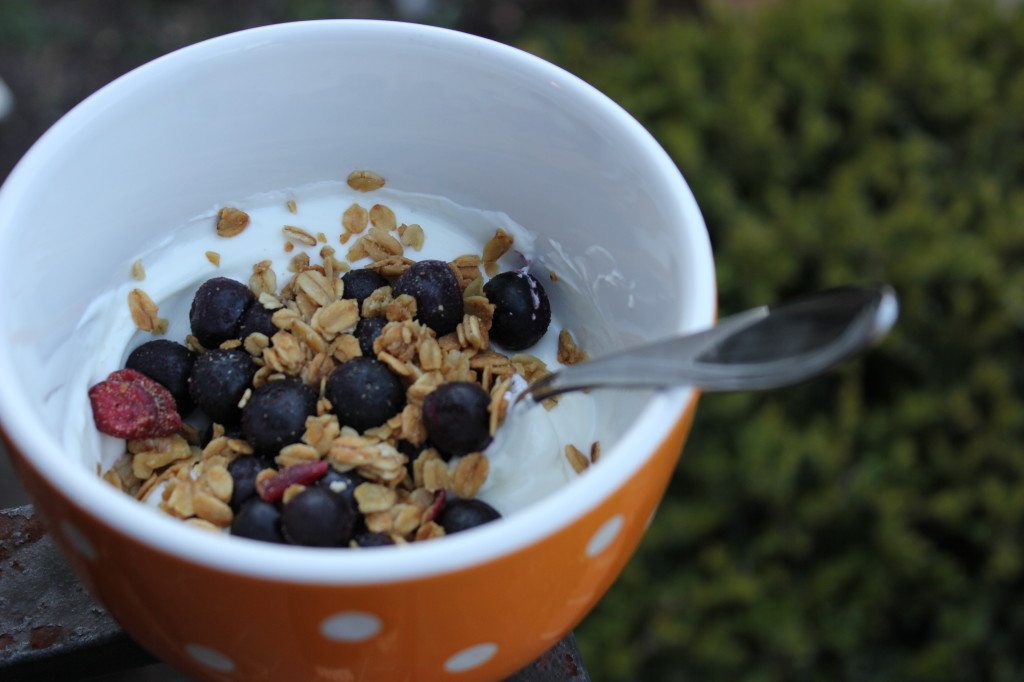 I don’t think I’ll ever get tired of Greek yogurt. It’s such a perfect way to start the day off with a lot of protein!

After breakfast, we spent most of the morning working on the basement. By working on the basement, I really mean tearing stuff out. It’s hard to really fathom how gross the basement was with these photos, but imagine a dungeon full of dirt and trash. That’s what we were dealing with. The woman who sold us the house left a bunch of stuff in the basement (boxes, palletes, etc.) I chopped up a bunch of palletes with a reciprocating saw and then used a shop vac to clean up the ceiling. We made quite a bit of progress. Alex finished knocking down the rest of what was previously a bathroom (from maybe 50 years ago) so now the space has opened up a bit. 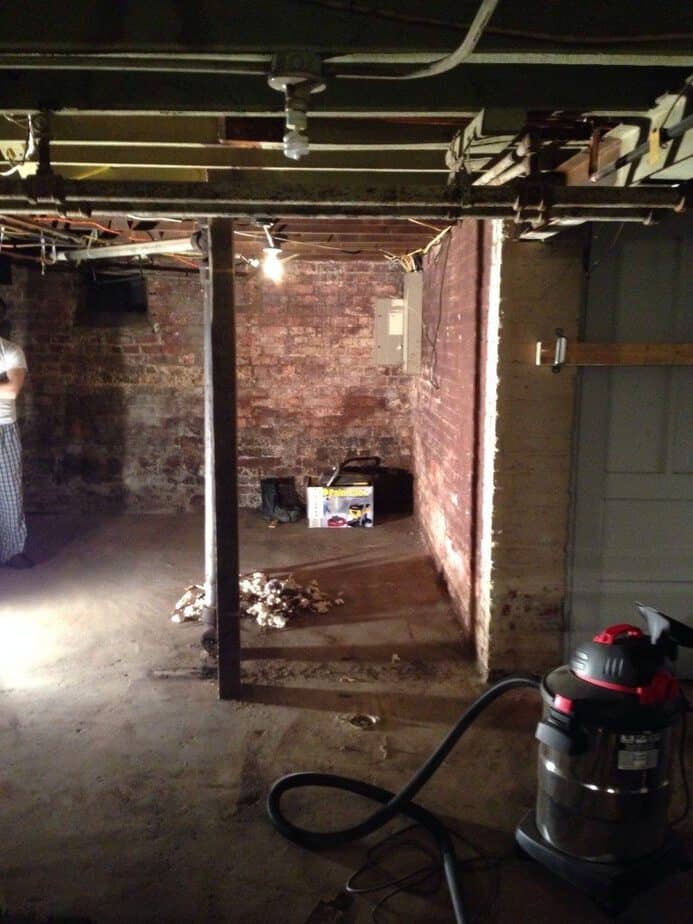 I know, it’s still pretty messy, but we’re getting a little closer to being able to paint the basement! So don’t consider this an “after” photo… it’s an in progress photo.

We eventually got hungry so while I was making banana chocolate chip muffins, I also made a pot of vegetarian chili. Seriously, this is the easiest, cheapest, healthiest lunch ever. 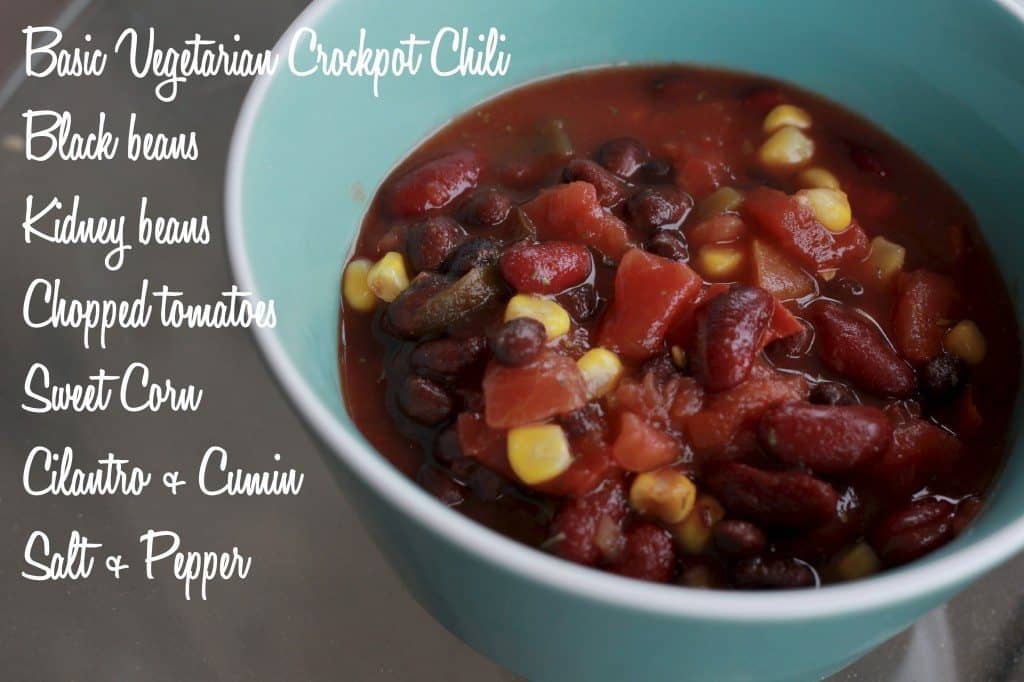 See how easy it is? If you haven’t tried making a veggie chili yet, consider this your encouragement to try it!

We spent the rest of the afternoon cleaning up the house, since we were having some friends over for a last minute housewarming/Christmas party. By the time dinner rolled around, I didn’t want to mess up the kitchen again, so we ordered take out from Carytown Burgers and Fries. Their burgers are so big that Alex and I just split a black bean burger and an order of fries. It was plenty of food for the two of us! 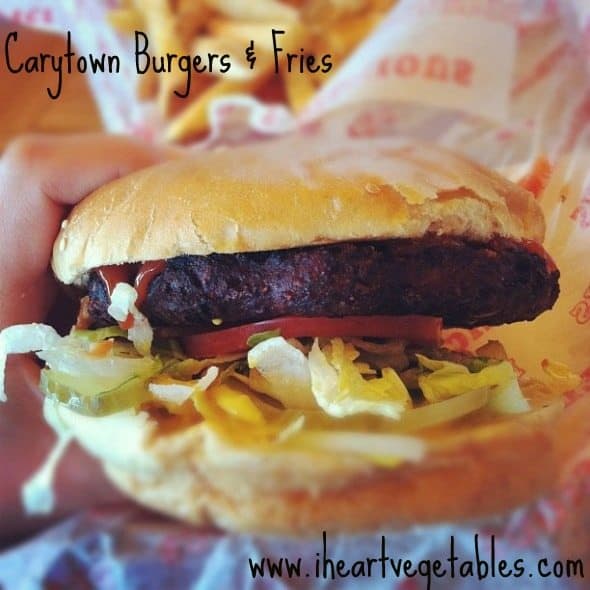 Their black bean burger is my favorite veggie burger in Richmond, for sure.

The rest of the evening was spent drinking hot chocolate and wine (separately… not in the same cup) and eating Christmas cookies. It was so fun having people over to the new house! 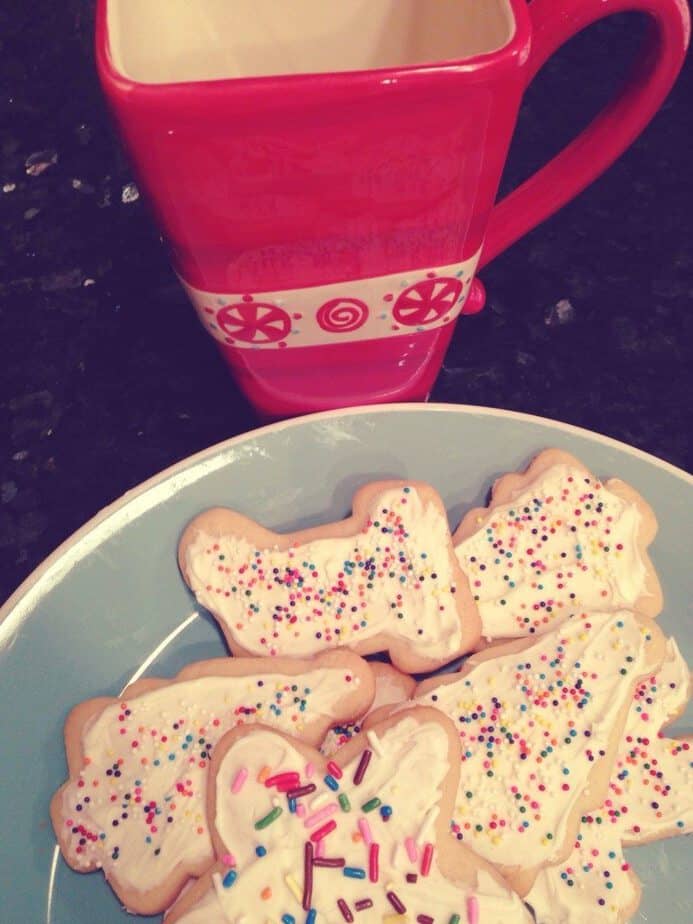 Once our dining room table arrives, I want to have lots of dinner parties!

« Previous PostBeing in the Moment
Next Post » Chili and Cornbread Skillet

22 comments on “Saturday Recap [What I Ate]”