Let’s talk about roasted vegetables. I think they’re underrated. They’re delicious, healthy, and so easy. If you’re a fan of one pot/one pan meals, then let me encourage you to get out those roasting pans and make dinner. Since it’s the season for roasting veggies, I wanted to share a few tips to help you get those perfectly roasted, crunchy, caramelized veggies 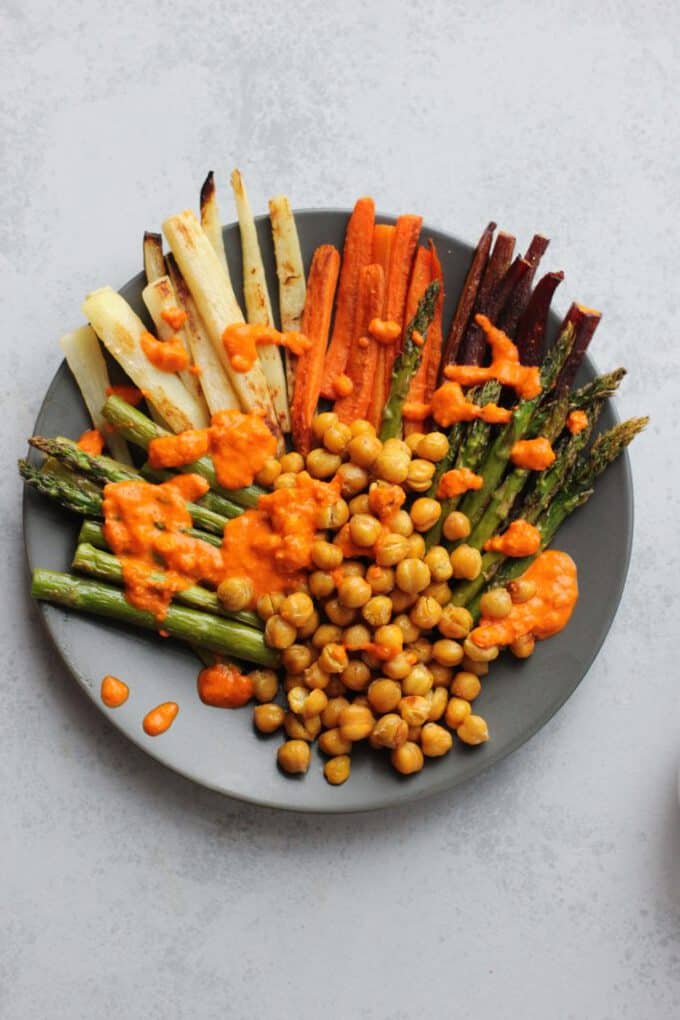 1. Cut all of your vegetables to be roughly the same size.

They don’t have to be exactly the same size, but you want them to be roughly the same. That’ll help the veggies cook evenly. If you have massive chunks of sweet potato and tiny pieces of broccoli, you’ll end up with hard potatoes and burnt broccoli. So you’ll want to try to get them to a similar cooking time.

As a general rule root veggies and winter squashes take the longest, followed by the broccoli/cauliflowers, then softer veggies like peppers, and skinny ones like asparagus and green beans. Actual cooking times will depend on how big you slice your vegetables. Obviously, if you want to speed up the cooking time, cut them into smaller pieces. Also, more surface area means more browning and caramelization. Smaller pieces can also have more flavor!

2. Preheat your oven and your pan.

You’re probably in the habit of preheating your oven, now start preheating your pan. Rather than greasing the pan and adding the vegetables, you’ll want to lightly toss the vegetables in oil, then spread them onto a preheated pan. The vegetables will start cooking as soon as they hit the pan so they can brown without overcooking or becoming mushy in the center.

You want to maximize the vegetables’ contact with the baking sheet, so make sure you’re not overlapping the veggies or crowding them. Sometimes it’s easier to use two slightly smaller pans and put them in side by side to have a little more room. Just be sure to put them on the same rack. If you have one on a high rack and one on a lower rack, you’ll want to make sure you switch them during the roasting process. Otherwise, they might not cook evenly.

I generally roast veggies between 400-450 degrees. You want to make sure it’s hot enough that the vegetables get brown on the outside but are still tender on the inside. It also helps if you “know your oven” since all ovens tend to be slightly different. A lot of ovens tend to be hotter in the back, so you may want to rotate your pans halfway through when you’re flipping the veggies to ensure even cooking.

Skimping on oil typically results in the vegetables sticking to the pan and not getting crispy but adding too much oil leaves you with soggy vegetables. It can take a little trial and error to figure out the right amount. Generally, you’ll probably want around 2 tablespoons of oil for one large pan of veggies, but it does depend on the type. Root vegetables won’t need quite as much oil as spongy vegetables like eggplant. 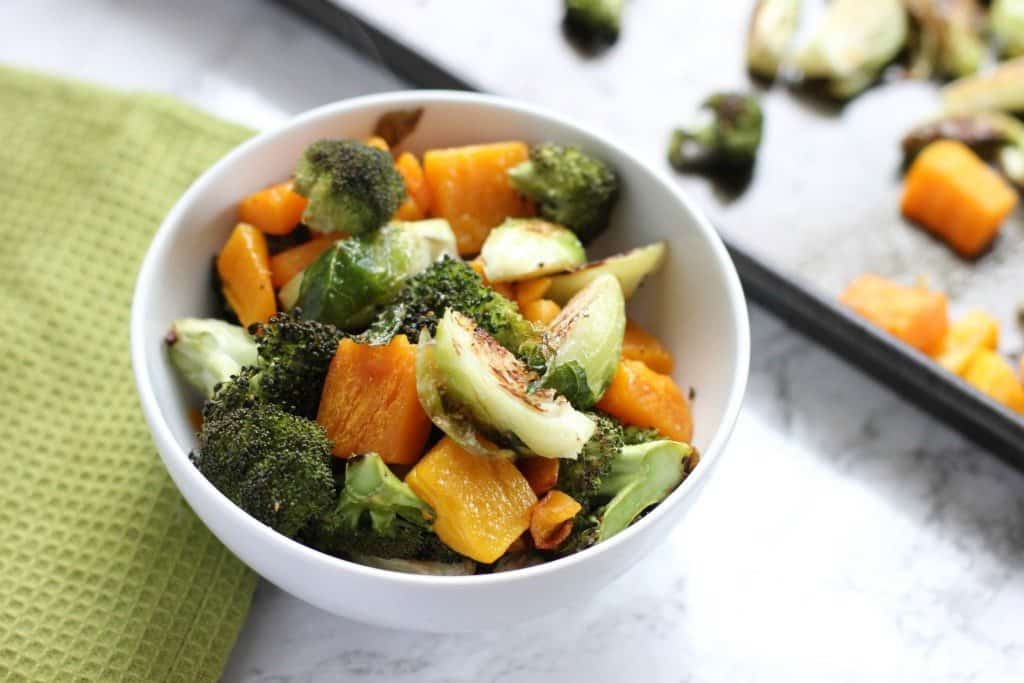 Need some inspiration to get started? The above combination was broccoli, butternut squash, and Brussels sprouts, with a little salt, pepper, and Parmesan. I also love roasted red potatoes, chickpeas, & asparagus! Or you can try these roasted vegetables with romesco sauce!

What is your favorite combination of roasted vegetables?