by Liz August 24, 2015 This post may contain affiliate links.

Alex and I decided to take a quick trip to Baltimore over the weekend, since the Twins were playing the Orioles and I’d never been to Baltimore! We lucked out and the weather was perfect. 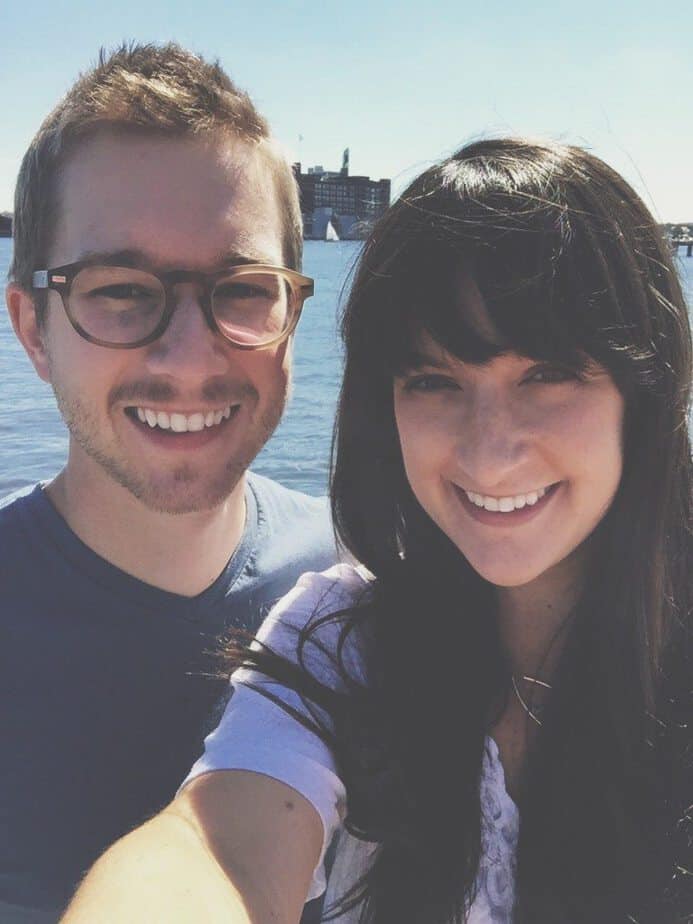 Obviously some road trip snacks were involved during the drive. 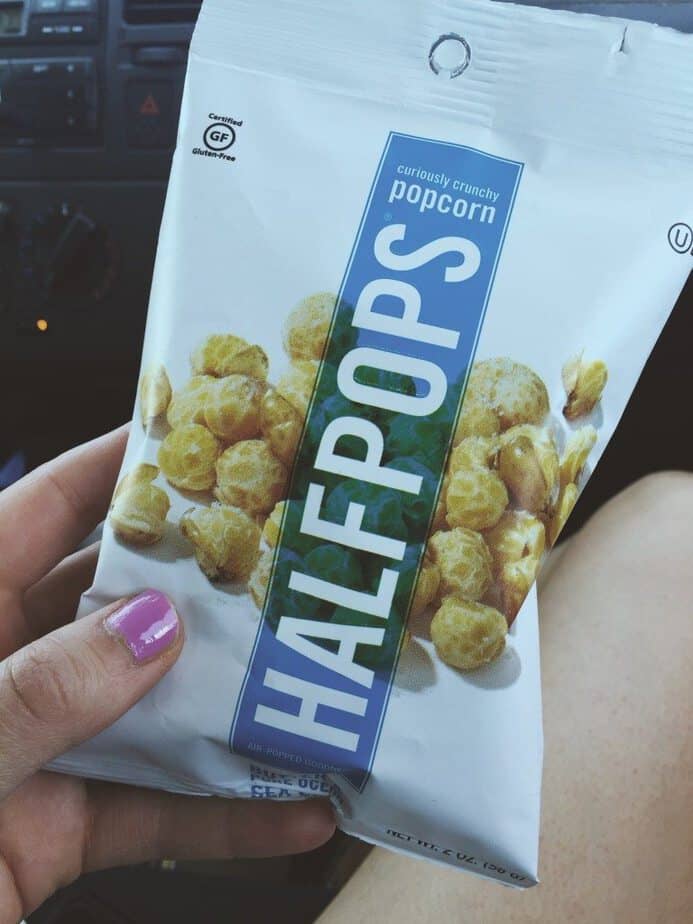 Halfpops sent me some products to try so Alex and I split a bag of the butter & sea salt flavor. At first I was skeptical (half popped popcorn? Don’t you want it fully popped?) but it was actually really good. It’s super crunchy and it’s really flavorful. The ingredients themselves are great (no artificial junk, no GMOs, & they’re gluten free) so this made a nice snack! I’m excited to try the chipotle flavor next! 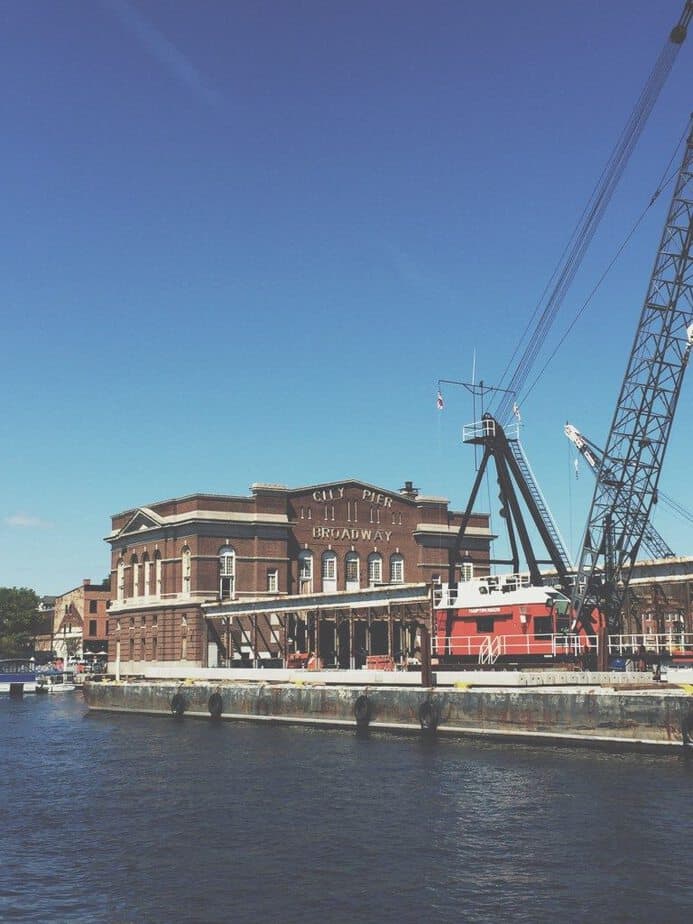 We walked around Fells Point when we first arrived and grabbed lunch at Kooper’s Tavern. It was too dark to take photos but I had a margarita pizza and it was pretty good! We walked around for awhile, dropped our stuff off at the AirB&B, and headed to the game! 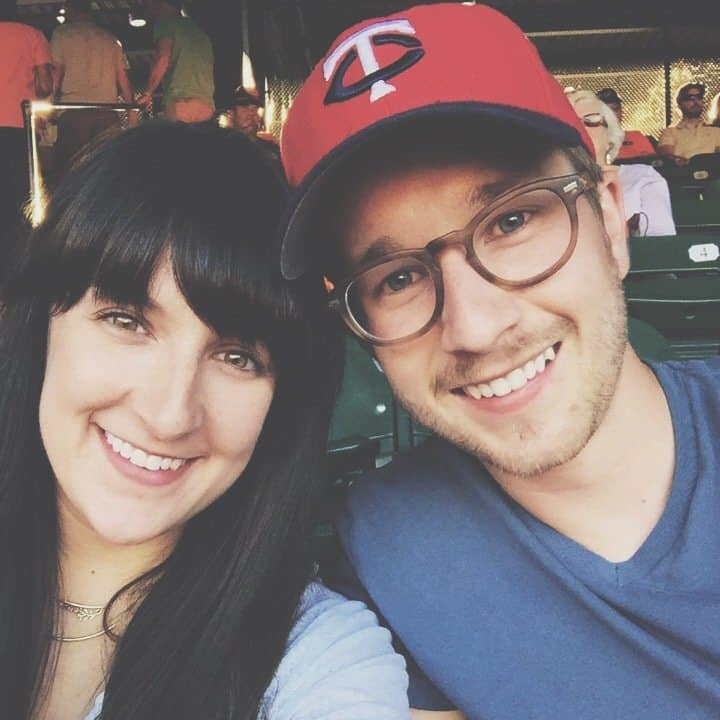 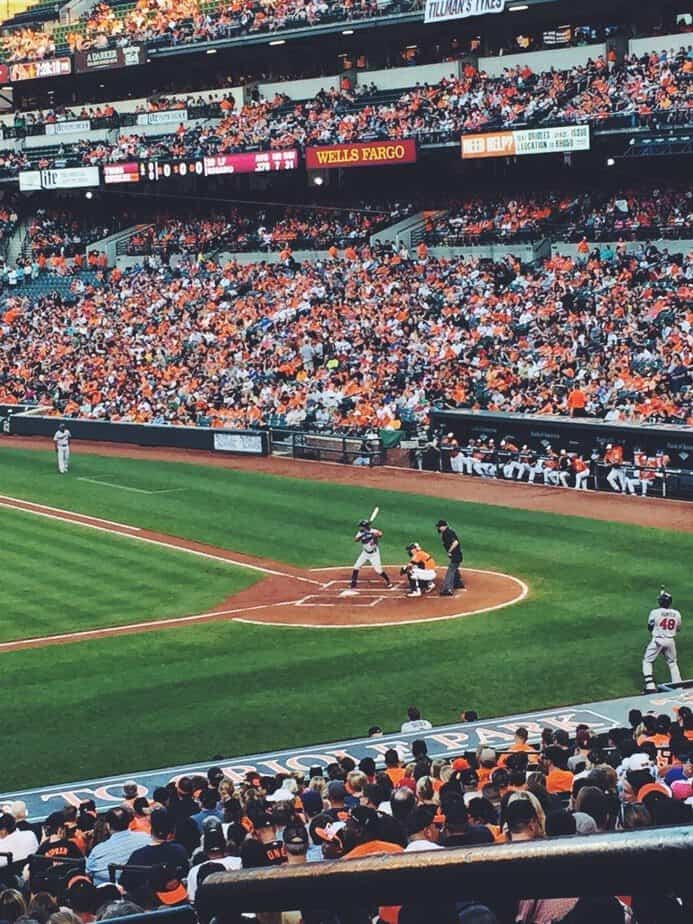 I’m not much of a baseball fan but it turned out to be a close game so I ended up getting pretty into it! (Except I kept clapping for the wrong team. It’s confusing being the away team.) After the game we stopped for a drink at Camden Pub and actually ran into someone Alex knew, which was crazy. Isn’t it a small world?! We left pretty early in the morning (honestly, our AirB&B was kind of a let down so we decided to head home as soon as we woke up) and we grabbed bagels at Botta Bing on our way home. The upside of leaving at 6:30 in the morning was that we didn’t hit any traffic!

Once we got home, I needed to whip up a dessert for a church potluck and I was short on time so I grabbed the brownie mix that Enjoy Life Foods sent me a few weeks ago. 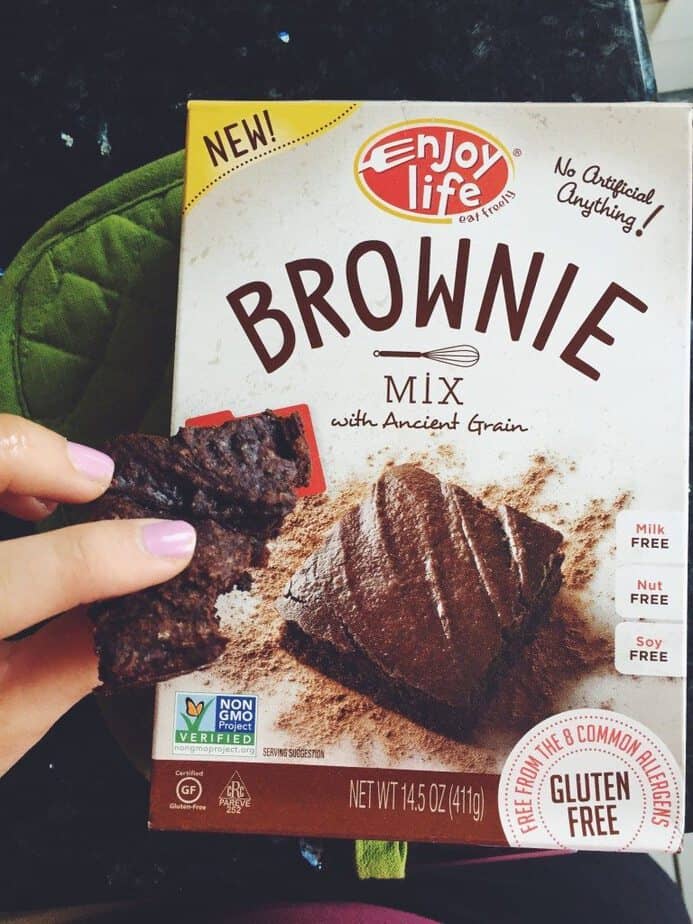 I was honestly so impressed with how this turned out. All you need is a little oil and water (I used coconut oil) and this mix is vegan & gluten free! It also has chocolate chips in it, which is necessary in my book 😉 I was afraid the brownies would be really crumbly, which is a common problem with gluten free baked goods, but these held together really well! I’m excited to try some of their other baking mixes, soon!

What did you do this weekend? Have you tried any new foods lately?

« Previous PostSpaghetti Squash Lasagna
Next Post » What I Ate Yesterday