by Liz March 9, 2011 This post may contain affiliate links.

First off, I love goals. Love them. I tend to set really unrealistic goals that I couldn’t possibly ever reach, but I still love them. However, when I mentioned my  Spend Less Money on Groceries-Goal, I wasn’t quite fair. I didn’t want to admit how much I’m normally spending each month on groceries…

Alright, ok fine. I’ll admit what my average monthly grocery spend normally is. It’s around $400. Yes, $400. And that doesn‘t include eating out. (Although I usually only eat out 2-3 times per month.) I “justify” this by the fact that I don’t spend money on drinks, like most of my peers, because I just don’t realy drink that much. Anyways. 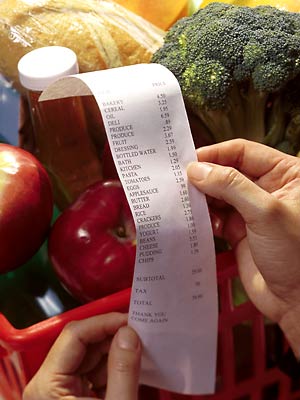 We’re 9 days into this month, and I’ve spent $132. It probably doesn’t SEEM like I’m doing better, but part of the reason it’s high, is because I had to buy Coffee, Truvia, & Vitamins when I was at the store over the weekend. (These are things I tend to buy in bulk, so I only buy them every couple of months.)

Do you have a grocery budget? Or do you just buy what you need when you need it?

My other goal that I’ve been running toward (ha, pun. I’m so clever.) is the Monument 10k. I ran 6 miles last week, so I know I can at least run the distance. Last night I was aiming for 7, but in the middle of mile 5, my ipod took a fall (ok, fine. I dropped it. Twice.) and it FLEW off the treadmill. (Um, yes, this happened twice. In a row. In the span of about 5 minutes.)

And that was it. Bye bye ipod, thank you for the magical gift of music that you gave me for so long. 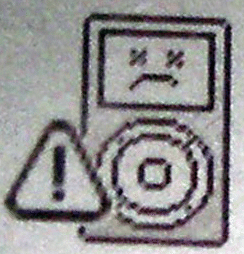 Time to buy a new one!

What kind of ipod/MP3 player do you guys have? I had a classic, but now I’m leaning towards a nano, so it’s smaller and less likely to be thrown off the treadmill. Recommendations?