by Liz January 8, 2014 This post may contain affiliate links.

Sometimes, life’s disappointments can lead you to a happier place. For example, the frozen burrito I attempted to eat for lunch yesterday was pretty awful. It was boiling hot on the outside, and slightly cold in the middle. It was impossible to eat while looking like a somewhat civilized human, and more of it went into the trash than into my stomach. Needless to say, my craving for Mexican food had not been satisfied, so when I got home from work, I decided to try making one myself. This one turned out much better.

I had a package of pre-cooked lentils that had been sitting in my pantry for a while now. I thought it would be fun to make tacos with them, rather than using beans or TVP, as I would normally do. Lentils are crazy good for you (read: protein, fiber, vitamins and minerals) and they’re also pretty cheap. So that’s a bonus.

I like things spicy, so I made these with a bit of a kick, but you could certainly make these a little more mild by leaving out some of the spices. It’s up to you! 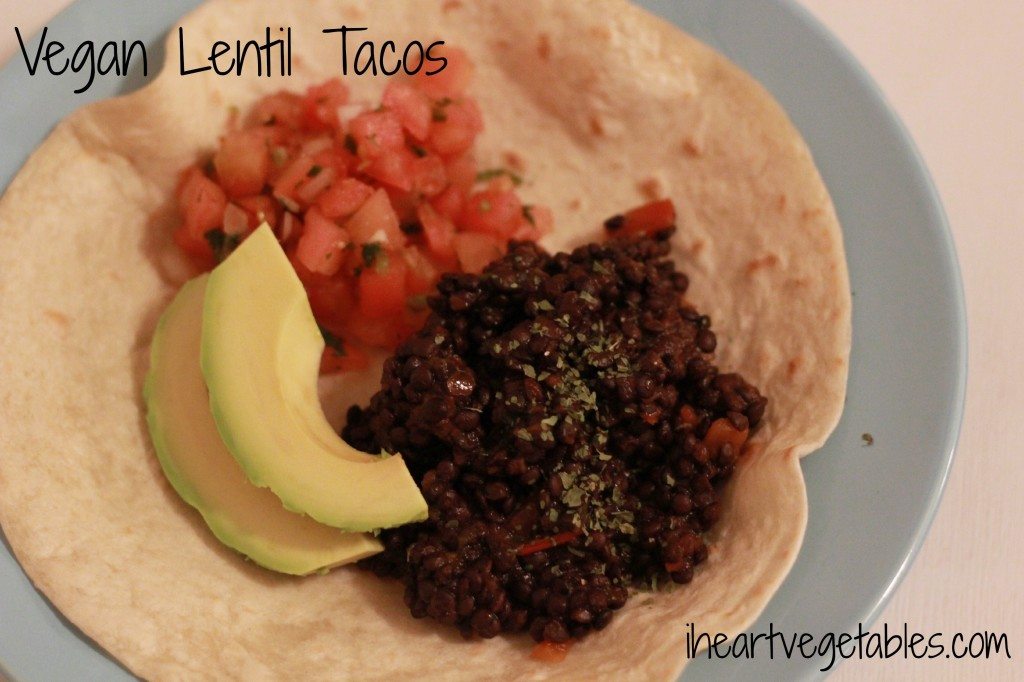 Since my lentils were pre-cooked, this was pretty simple. I put the lentils into a sauce pan, added a little water, and a few tablespoons of the salsa. Then I just heated it on low, stirring frequently so I didn’t burn the lentils. Then I added in the cilantro, salt, and peppers. Again, you don’t have to add them if you don’t like it spicy. Then I just tossed it all into a couple of flour tortillas for me and Alex. I kept mine vegan, but I added a little cheese to Alex’s. Then we rolled it up, burrito style.

I love these types of meals, because it’s a good way to use up a ripe avocado or some leftover salsa. You could also add in some sautéed peppers and onions. Mmm. Maybe next time.

What’s your favorite way to use lentils?

« Previous PostWe’re Getting Married!
Next Post » 5 Tips for Packing Your Lunch