Despite dragging my camera with me everywhere I go, it’s been awhile since I posted a full day of eats. That’s partly due to often eating leftovers, and partly because I’ve just had so many other things to share with you! But yesterday I was able to snap photos of (most of) what I ate. So here’s a little What I Ate Wednesday recap of yesterday’s eats!

I’ve been much more relaxed about my eats lately. I’ve realized that a slice or two of pizza won’t “ruin” a day of healthy eating, and that my body is actually pretty awesome at telling me when I’m hungry and when I’m full. I’ve tried to make an effort to drink more water, to be sure that I’m not confusing thirsty with hungry, but overall, I’ve really started listening to my cravings.

I had planned on having a smoothie, partly because I had some kale in the fridge which is a great “green” for a green smoothie, but when I woke up, that wasn’t what I was craving. Instead, my stomach was set on a bowl of Greek yogurt. 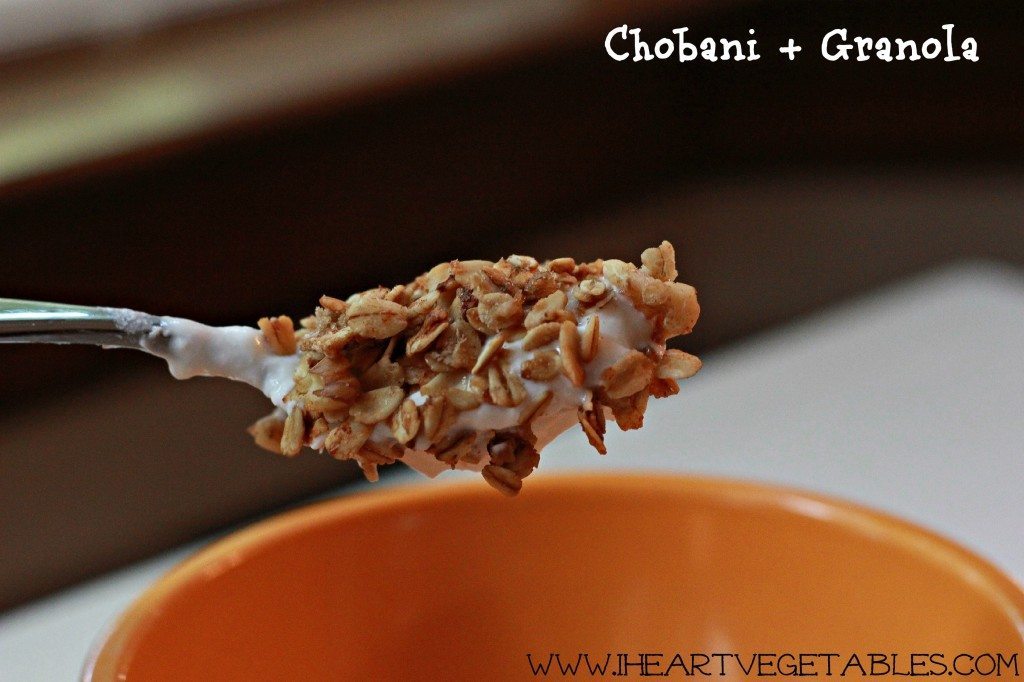 I had a bowl of 0% plain Chobani, covered with some Apple Pie Granola. I just perfected the recipe on Monday, so I’ll be sharing that soon. Super simple. I also added in some blueberries and strawberries. Yum! 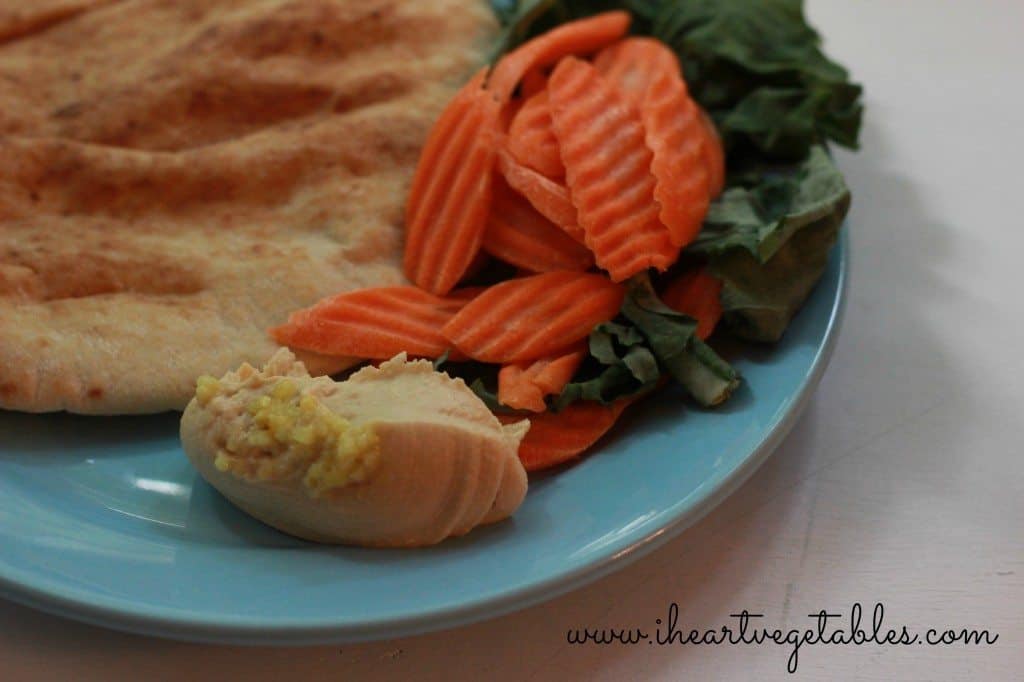 I packed this lunch in the morning, and ate it just before a noon meeting. A giant pita, some carrots, and a glob of hummus. I’m loving these pitas so much, they deserve a full review. They’re only 80 calories, but taste awesome! I also munched on a few honey wheat pretzels. Later in the afternoon, my stomach was growling, so I had a TLC Dark Chocolate Coconut bar, and a pear. Those TLC bars are delicious. Maybe I’ll add it to my next snack bar review?

I’ve been so excited to finally try Mellow Mushroom! While I realize this is a chain, it’s a chain I’d never tried before, and now that it’s in Richmond, I had to give it a shot. I’d heard such great things! Kate and Lindsay and I planned a dinner date last night and it took over an hour to get seated and get our pizza, but it was worth the wait! 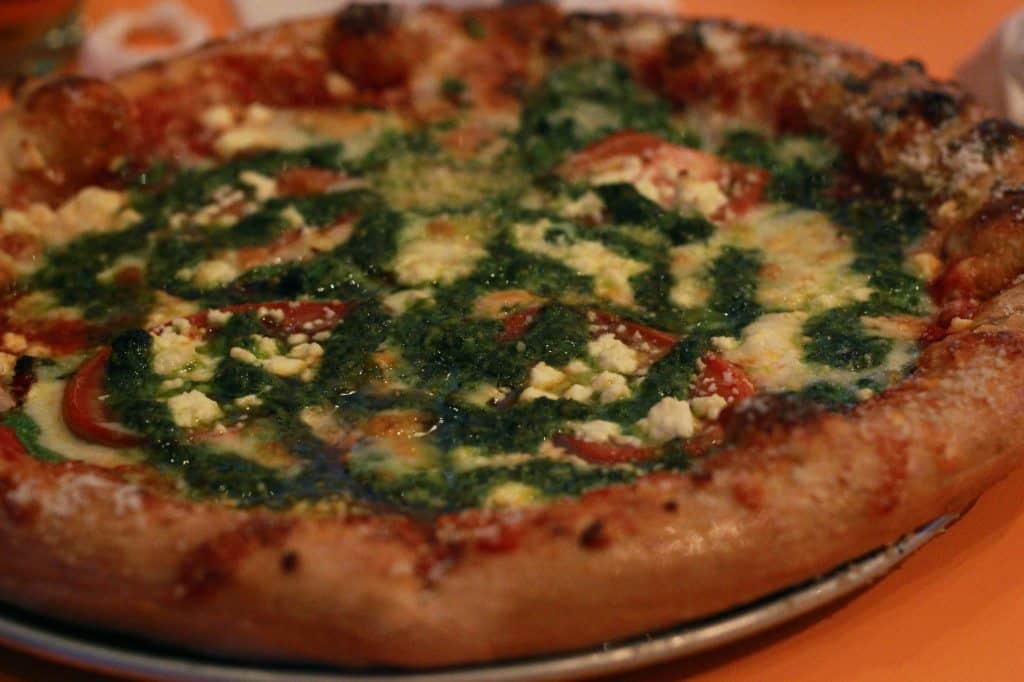 I settled on this “Kosmic Karma” pizza, topped with feta, tomatoes, and pesto. It was delicious, but really oily. The flavor was awesome, but I think next time I’d try to pick one that was a little less oily. I still ate half of his pizza, though! Needless to say, I was definitely full the rest of the night.